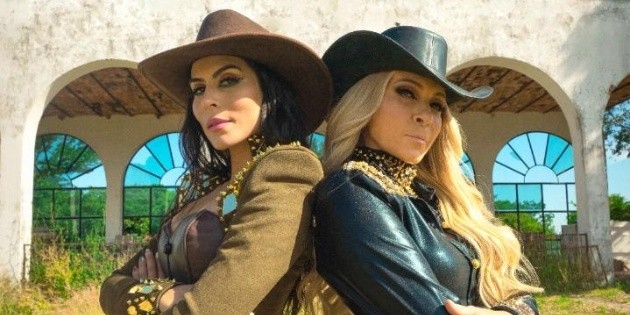 To the rhythm of the Mexican regional, the singers Mary Leon Y Yuri They released the single “Te quedas sin mí” last weekend, a piece where the people of Guadalajara and Veracruz sing to heartbreak. And it is that María is very clear that there must be unconditional support among women, is a message that he always tries to address in his songs, and this recent one is no exception.

“Te quedas sin mí” is a lyric written by María and Marcela de la Garza, with whom the interpreter has made a great composition dumbbell. In addition to them and Yuri, Erika Vidrio, Eduardo Bladinieres and Gilberto Elguezabal also participate in the piece.

The song is a female complicity in which two friends they motivate each other to let go of everything that has hurt them, to confront it and not allow it anymore, asking those people who deceived them to take away everything that is no longer useful. And just that liberation produces self-love.

The video clip is directed by Jason Ramno of Toro Films and is produced by Eduardo Bladinieres and Gilberto Elguezabal; the recording was made in Tequila, Jalisco.