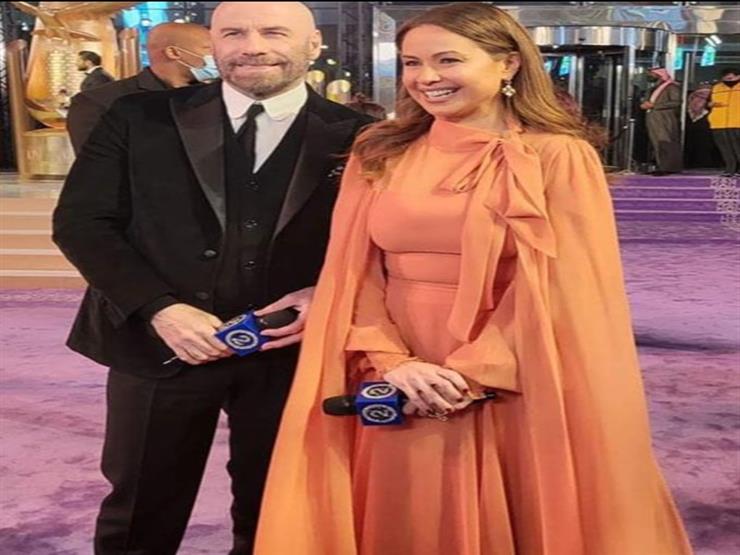 A large number of art duos in Egypt and the Arab world starred in the third edition of the Joy Awards, which was held on Thursday evening, and organized by the General Entertainment Authority as part of the activities of the Riyadh season.

A number of cables snatched the spotlight, for their high-end looks and some snapshots and romantic looks that caught the attention of the audience and viewers, including:

The duo starred in an elegant black look, which reflected their luxury and grabbed the spotlight, as Rogina appeared in a long, glossy black dress decorated with lace at the chest, and the artist Ashraf Zaki adopted a classic suit in the same color.

Romantic moments Asala gathered with her husband, Hassan Faeq, in front of the audience, most notably a romantic kiss, after which she presented him with the award in appreciation.

During the ceremony, Asala starred in a cheerful, modest dress, fitted with a cape style, and decorated with shiny embroideries at the chest and cap area, highlighting her beauty and slender figure, while her husband appeared in a black suit.

The artist, Nelly Karim, also starred in a look that relied on the black and silver color, as she wore a jumpsuit with a cape, and coordinated with her a chiffon cap in the same color decorated with silver embroideries on the shoulders, and her husband and former squash player Hisham Ashour adopted a classic black suit.

Hassan Al-Raddad sparkled in an olive and black velvet suit and a black bow tie.