“The bouquet is Park Na-rae, the wedding invitation is Gian 84″… Si-eon Lee ♥ Seo Ji-seung’s ‘Nahonsan’ loyalty shines at the wedding

Si-eon Lee and Ji-seung Seo held a small wedding in Jeju on the 25th. Han Hye-jin, Park Na-rae, and Gian 84, who built close friendships with Lee Si-eon through ‘I Live Alone’, attended the wedding today and celebrated Lee Si-eon’s marriage by posting photos and videos from the scene on their respective SNS. 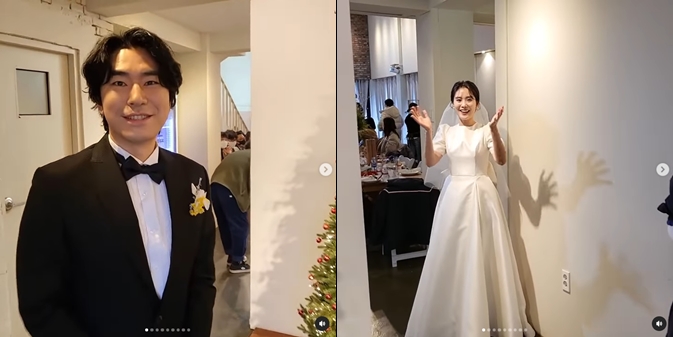 Han Hye-jin took a video of Lee Si-eon and Seo Ji-seung, who greeted them with surprise as they entered the wedding venue, and took pictures of the moment of the wedding. In addition, he added, “Happy married couple Lee Bo-yeon and Seo Ji-seung! Congratulations!” and added, “Let’s be happy! Make Ji-seung happy!”

Park Na-rae congratulated Lee Si-eon and Seo Ji-seung’s marriage with the hashtag ‘#I live alone #marriage #honorary graduation #uljang’. He also expressed his affection for their marriage by writing, “Beautiful bride Seo Ji-seung,” and “Something is sad.” 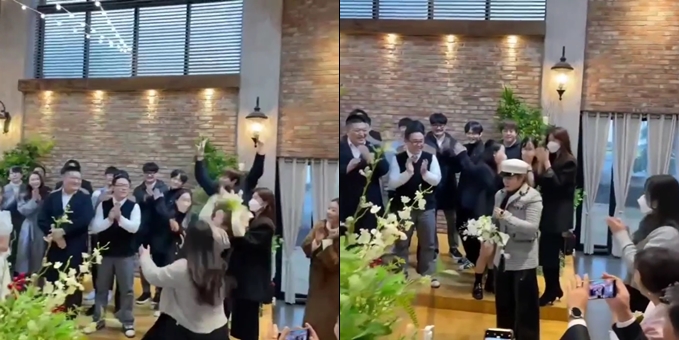 In particular, Park Na-rae, who was in charge of the wedding celebration, received the bride’s bouquet. The scene of the bouquet throwing scene was released in a video, but Park Narae couldn’t catch the bouquet that Seo Ji-seung threw with her hand and was hit in the head, causing laughter. Park Na-rae said, “It’s my first bouquet in my life,” and said, “If I can’t go within 6 months…” He also added laughter by writing, “Do you normally receive the bouquet with your head? After receiving the bouquet, your head is really pounding.” 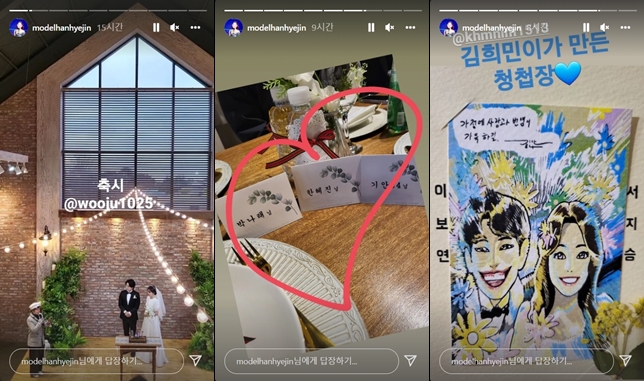 Gian84 also released a photo of the wedding scene with the words “Goodbye Lee Si-eon”. According to a photo posted by Han Hye-jin, Gian 84 showed off her skills for her older brother by drawing the wedding invitation for the couple Lee Si-eon and Seo Ji-seung.

Si-eon Lee and Ji-seung Seo started dating in 2017 while they knew each other as seniors and juniors, and after dating for 4 years, they got married.