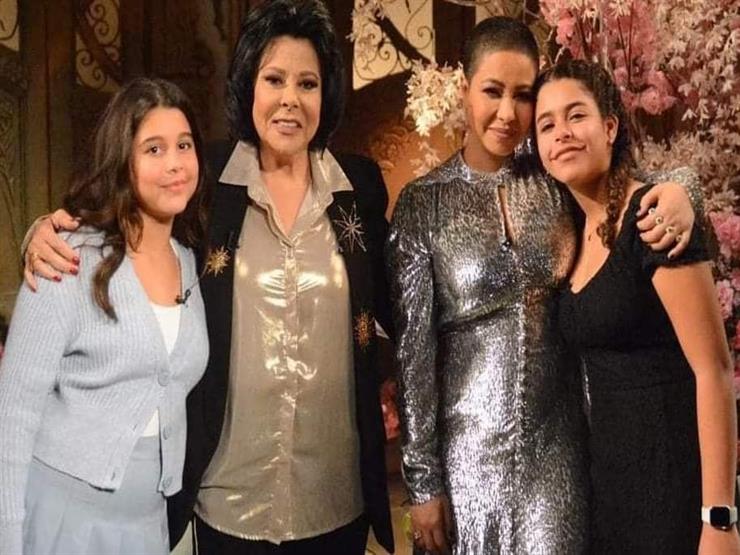 With shiny looks.. The first appearance of Sherine and her daughters with Her Excellency after the “hair ring”

Actress Sherine Abdel Wahab, accompanied by her two daughters, guest of the “Her Excellency” program, presented by star Esaad Younes, made her first media appearance after her divorce from singer Hossam Habib, and the episode is scheduled to be broadcast on New Year’s Day.

Sherine and her two daughters took pictures with the star, Esaad Younes, behind the scenes of the episode, scheduled to be broadcast a few days later, and Sherine adopted a modest look, as she appeared in a shiny silver dress with sleeves, buttons in the front, and a small opening in the chest, and decorated the look with strong makeup.

Her daughter, Maryam, appeared in a short black dress, and chose to have her hair decorated with braids, while her little daughter here, she wore a baby blue vest with a short pocket in the same color, and a top in the same color.

Sherine Abdel Wahab surprised her fans, with her shaved head, in her first concert after her separation from singer and distributor Hossam Habib, early this month in Abu Dhabi.

The controversy over her appearance on social media did not stop, but she spoke to her audience during the ceremony, saying, “I hope you accept me in this way, but you know that I have risen.”