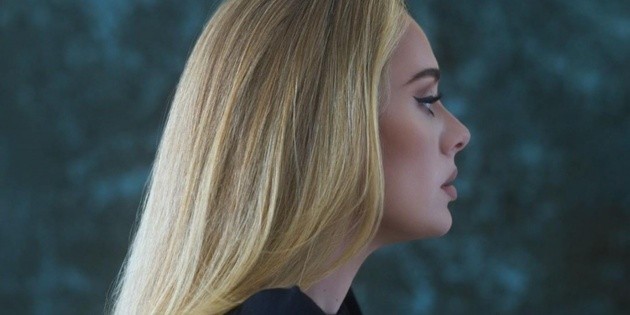 Ten great albums that surprised you in 2021 … What is your favorite?

2021 was a year of changes, with the birth of new stars, the resurgence of great figures and the creation of good records.

The return of ABBA, viral successes with Rauw Alejandro and the arrival of Adele, are only part of the count of the year, there is still a lot of material to talk about, and although not all notable works can participate in the list, we leave ten examples of great records of the year, for all tastes and musical registers.


Hip hop lovers who did not see the expectations placed on the new Kanye West or Drake completely satisfied will find here a lifeline that draws on some of the great icons of music to show a diverse mosaic of colors, never monotonous, more mature, free and emotional than in the past.


Six years it took the main bestseller of the 21st century to publish a new sentimental biography in songs, less pop and immediate, more in the elegant line of the Barbra Streisand of the 70s, also more raw when plotting for her son a story about the breakup From the home she had created for him, from guilt to self-atonement and empowerment.


It would be strange if the Grammy for the revelation artist was not for the former child star who took over the charts and who, without transforming anything on the musical or production level, did know how to rescue the intensity of adolescent emotions, first with the ballad ” drivers license “, then mingling with” good for u “, one of the (few) great songs of the summer.


Another young star who has burst into force as the winner of the Mercury award for the best British album, “a safe space” – defined by this black and bisexual woman – in which, following the patterns of figures such as Sufjan Stevens or Phoebe Bridgers, she sings freely and candid about sexual freedom, apathy, and seeking personal acceptance.


A burst of fireworks fired against the waterline of the old heteronormative structures of global music, this is how this LGTB + allegation could be defined, which is also a huge and proud combination of hip hop and pop, with songs that have been peddled and iconic video clips and iconoclasts like the one that gives it its name.


Here, the queen of generation Z shuns the gothic pop canons that raised her to the top, in the musical, emotional and aesthetic plane, although in a more jazzy wave she maintains her hypnotic capacity and a singular, personal voice, still acid in his account of the effects of fame. Of the best, the homonymous cut that closes it.


It is commendable that a band perhaps reaches its best harvest of songs on its fourth studio album without losing its identity, that danceable pop of synthesizers apparently “naive” but with which they dispatch great existential questions on the edge of the precipice, as they did to his way The Cure, hence the good understanding with Robert Smith in “How Not To Drown”.


Neither Bad Bunny, nor Maluma, nor Karol G nor Rosalía, nor the “In Da Guetto” by J Balvin. If there has been a musician who has set the tone for the urban Latin, it has been this Puerto Rican by tying a rhythm that is difficult to shake to the cathartic arrangements of the 80s on songs that will define the memory of 2021, such as “Todo de ti” or “Desenfocao ‘”.


The female authors once again marked the path with force, people like Brandi Carlile, Kacey Musgraves or this young singer-songwriter with a special timbre, with a lot of air and power of suggestion, in a soft rock album, a little folkie, evocative, melodic, intimate. , ideal for driving through the paths of adolescent memory in search of the present version of oneself.


The great revolution of the year in Spain jumped internationally with the three Latin Gramm that the artist achieved, known until now more for his collaborations with Rosalía than for his albums.

“Me maten” or “Tú me dejaste de amar” demonstrated the wisdom of reinventing the idea of ​​”Spanish” from a global perspective, with pasodoble, flamenco and rumba by Calamaro, Jorge Drexler, Gipsy Kings, Elíades Ochoa, Kiko Veneno … He already said it: “It could have been a grotesque”, but it was a milestone.