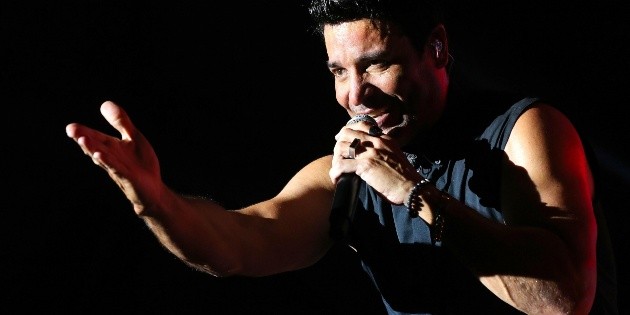 Chayanne released a video in which he is seen working on the dubbing of the new Illumination animated film, “Sing 2”. What Chayanne does causes a sensation, and his foray into dubbing is no exception. The singer shared a video of his work and in a few minutes the fans have shown their affection towards him.

“I share a behind the scenes of # Sing2”The singer wrote in an Instagram post, which he accompanied with a video where you can see the animated character of the lion Clay Calloway and him in the cabin saying some dialogues.

Immediately with funny messages, the users began to respond to the interpreter of “Tiempo de vals”, remembering that he is considered the father of at least two generations of new fans, due to the affection and love that his mothers have for him. “Daddy I’m proud of you”, “I love you daddy idol”, “I love you daddy Luchón”,

“I’ll go see her just because you’re in the cast, that’s how I saw ‘Tangled’ “, are some of the comments that can be read in said publication, which so far has more than 227 thousand likes, just 7 hours after its publication.

Chayanne joins his voice with that of Benny Ibarra, Hanna and Ashley from the duet Ha * Ash, Roger González, Rubén Cerda and Vadhir Derbez, who also dubbed this film for Latin America.

“In Sing 2,” theater-loving koala Buster Moon wants debut with a new show at the Crystal Tower Theater in glamorous Redshore City. But without connections, he and his singers must sneak into the offices of Crystal Entertainment, run by wolf mogul Jimmy Crystal. Buster Moon presents the idea of ​​including the lion rock legend Clay Calloway in his program, for that he must find Clay, now isolated, and convince him to return to the stage.