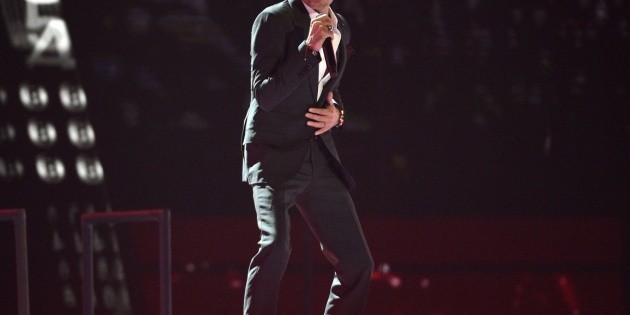 While Marc Anthony has never been a stocky or stocky man, his appearance has raised alarm of danger among his fans. In social networks a video is circulating where the Puerto Rican looks very deteriorated and also makes strange movements that have caused concern.

Marc Anthony closed the year in the middle of his “Pa’alla Voy” tour, with which he has visited various places in the United States and Europe. It is in one of these concerts where the video was taken in which the singer is seen quite deteriorated, but what most attracted attention It is an uncontrolled movement of his jaw and left hand while interpreting the song “It’s me”, which has made users of social networks such as Twitter think that the interpreter faces health problems or drug abuse.

“I saw a TikTok of Marc Anthony at a concert and he starts moving his jaw as if he were under the influence of some substance. I hope that Hector Lavoe’s tricks have not been left to him after having interpreted it because the truth is that he looks very emaciated, “wrote user @mariomojc.

“The Marc Anthony thing deserves special attention. For a long time you can see a haggard countenance and extreme thinness. Whatever happens to him, it is also being reflected in his voice, he sounds torn and he is having a hard time reaching the high notes, “said @Chris_Montz through Twitter.

In this tone are the messages that fans of Marc Anthony, without for the moment the singer has spoken to clarify this situation. What is certain is that his tour “Pa’alla Voy” continues to add dates for 2022, which shows that he is still a great star of Latin music.