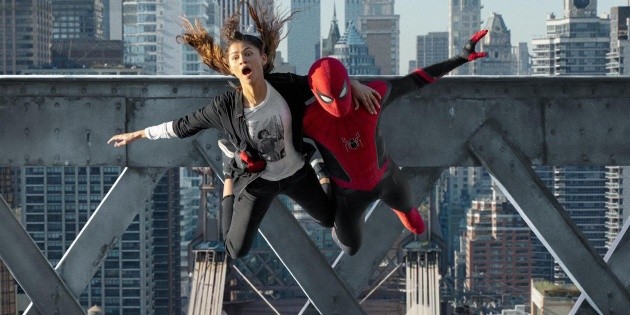 Despite being released in the midst of a pandemic and growing concern about the Omicron variant of the Coronavirus, the new spider-man superhero film “Spider-Man: No Way Home” has managed to register one of the best premieres in the history of cinema, placing only behind two other great Marvel movies.

Sony and Marvel’s “Spider-Man: No Way Home” raked in $ 253 million at 4,325 locations in North America, according to studio estimates on Sunday.

Said number made him place himself behind “Avengers: Endgame“which earned 357.1 million on its debut, and”Avengers: Infinity War“, which raised 257.7 million when it reached theaters.

“The historic results of ‘Spider-Man: No Way Home’ seen this weekend, from around the world and despite numerous challenges, confirm the unmatched cultural impact of exclusive films for their theatrical release when promoted with vision and determination. “Tom Rothman, president and CEO of Sony Pictures, said in a statement.

“All of us at Sony Pictures are extremely grateful for the extraordinary talent, both in front of and behind the cameras, that made this historic film possible,” he added.

The reviews have been good too. The film received 94% good ratings in Rotten Tomatoes.