Na Hoon-ah’s reason for ‘concert’ in the Corona crisis

Earlier, Na Hoon-ah, who was holding year-end concerts from Busan to Seoul and Daegu, raised concerns that “a large-scale concert is dangerous in a situation where the spread of Omicron, a mutant virus as well as Corona 19, is unusual.” In particular, it was pointed out that the concert should be suspended due to the nationwide strict social distancing from the 18th.

At the concert that was held under strict quarantine rules inside the concert hall, Na Hoon-a sang 25 songs and showed off her lung capacity. Also, as if conscious of the negative view of this performance, he opened his mouth saying, “I know. Everyone who came today wears 2-3 masks, and I know that there are people who lied about not going.”

Hoon-a Na continued to describe the orchestra bands and dancers who went on stage together as ‘family members’ and said, “Because I know the insides of the audience, I told my family, ‘The people who come today are people who came prepared to die, so let’s die twice.’ I did,” he said.

In addition, Na Hoon-ah said, “I know that I am cursed and that there are people who support me, but I have to do well by example.” “There are tens of thousands of people in this profession as well as my family members. I live a part-time job. I won’t explain in detail. There are many reasons why I have to do it even though I’m cursed.” 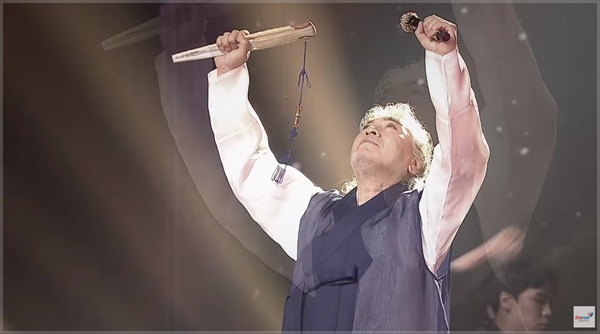 At the Busan concert held on the 10th, Na Hoon-a said, “I know there were bad reactions such as ‘Na Hoon-ah, did you run out of money because I was performing?’ No. If I do well, won’t other people be careful and do well?”

Hoonah Na’s solo concert ‘Again Test Hyung’ is about to be held in Daegu following performances in Busan and Seoul. Na Hoon-a’s concert this time received enthusiastic support, with the Seoul performance sold out in 10 minutes.