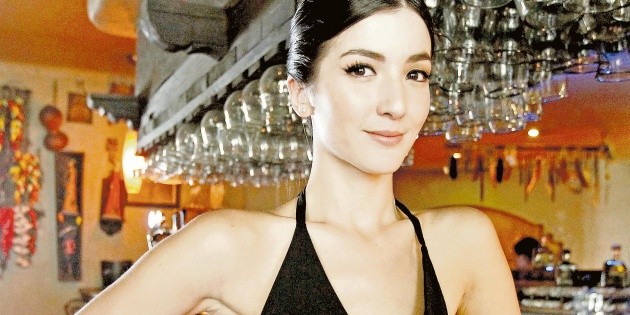 Eréndira Ibarra, in the “Matrix” network

One of the most important franchises in pop culture is “The Matrix”, which is back with its fourth chapter called “Resurrections”, under the direction of filmmaker Lana Wachowski. Audiences will see the return of Keanu Reeves and Carrie-Anne Moss, playing their iconic characters “Neo” and “Trinity,” respectively.

The film hits the billboard this December 22. One of the great surprises that the film has is the appearance of the Mexican actress Eréndira Ibarra, who gives life to “Lexy”. In an interview for EL INFORMADOR, she talks about this project that fills her with emotion.

“I am that I do not fit in me. I am very proud, very in love with this project, very grateful to Lana and James (McTeigue) and all the people involved for inviting me to be a part of it. I would say that it is a dream come true, but as I said, I never dreamed of something of this level, it is something extraordinary ”.

Eréndira I had already worked with Lana Wachowski in the series for Netflix, “Sense8”, so stepping back into his crazy and revolutionary ideas was like feeling at home. “This was one of the things that I appreciated the most, I feel that every time I have the opportunity to work with Lana it is as if my spirit, my mind and my heart grew. She gives me life in many ways, it was coming home and being with my mom and my brothers. The whole band on set, the ones who hadn’t been in ‘Matrix’, were from ‘Sense8’, from costumes, sound and cameras. So, literally, it was going back to hug my family that I hadn’t seen for a long time and go into telling them one of the most important stories of all our lives. “

As for giving life to “Lexy”, one of the protagonists of this fourth installment, the actress of “Las Aparicio” explains: “Just since ‘Lexy’ was written, it was already jumping, and as Lana also wrote the characters specifically For us, it was very nice, because as soon as I read it, I saw myself reflected, I saw myself in what she symbolizes within the story, so it was very easy to put on her suit and feel for the story and the world of ‘Matrix’ , because Lana took me by the hand from the first moment, from the script. And that’s something that excites me a lot, now I watch the film and I remember my first sitting facing the character and I see everything that was written and more, that is, (the director) perfected it ”.

On the premise that the film raises in terms of facing two worlds, that of everyday life and the one behind it, an analogy that holds many truths, because people are continually debating themselves both internally and externally, Eréndira says that she also lives in that combat constantly.

“Every morning I wake up, take my red pill and put on my purple glasses (laughs), to go out into the world and try to reschedule me and to rebuild from love and from my heart. And I feel that this is precisely what inspires this film, taking the pill and facing this war that we have internally and externally from love ”.

He adds that “it is not our fault that we are standing here, traversed by so many oppressions and by so many fights, because the fault lies with the system and the programming, and the wonderful thing about this is that they can be modified when people join together.”

As for being a participant in the action sequences, Eréndira notes that she loved the experience and that she would like to return to another project of this type to prepare more rigorously, in this film, she not only stayed with learning the stuntmen of action, he also took note of what Keanu Reeves and Carrie-Anne Moss did on set.

What is it about?

In “Matrix Resurrections” the audience will return to a world with two realities, that of everyday life and the one behind it. To discover if his reality is a physical or mental construct, or to really know himself, the “Thomas Anderson” (Reeves) will have to choose to follow the white rabbit once more. And if “Thomas” / “Neo” has learned something, it is that the choice, although it is an illusion, is still the only way to exit or enter the “Matrix”.

Of course, “Neo” already knows what to do, what he still doesn’t know is that the “Matrix” is stronger, safer and more dangerous than ever.