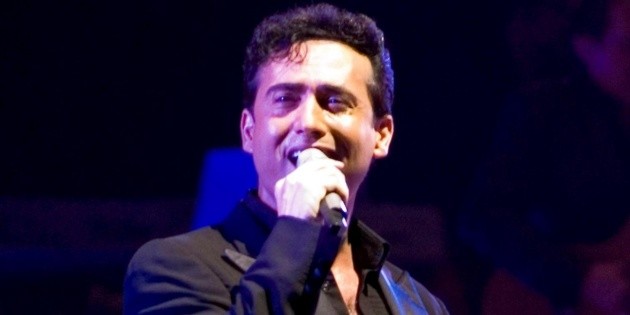 Carlos Marín: Who was the singer of Il Divo

Carlos Marin, member of the pop and opera fusion group The celebrity, died this December 19 at the age of 53, in Manchester, England.

Marin, baritone and music producer, was the only Spanish member of the Il Divo quartet, which also includes the Swiss Urs Bühler, the French Sébastien Izambard and the American David Miller.

Although he was born in Rüsselsheim, Hesse (Germany), on October 13, 1968, the origin and education de Marín were Spanish.

Infant prodigy, at the age of 8 he recorded his first album, ‘Little Caruso’, and he performed in public in Granada. He studied piano and music theory and sang with Alfredo Kraus, Montserrat Caballé and Jaume Aragall, among others.

To the 12 years, He began his singing career in Spain, where he participated in various musical competitions, such as Jacinto Guerrero, Francisco Alonso and Julián Gayarre, in which he finished second in 1996.


Performer in musicals and movies

He also acted in several zarzuelas of “Los Veranos de los Jardines de Sabatini (Madrid)”, such as La Gran Vía, La Revoltosa and La Verbena de la Paloma, and collaborated in the production of La Magia De Broadway and Peter Pan, where he was co-producer with Alberto Quintero.

He also sang in the film from animation The Nightmare Before Christmas (Tim Burton) and in 2000 he lent his voice to the prince in the Spanish version of Walt Disney’s Cinderella.

Il Divo was founded by the famous music producer Simon Cowell, himself from One Direction, after imagining that an all-male lyrical quartet would have possibilities covering mythical songs.


Marín joined this project in 2003, for which Urs Bühler, Sébastien Izambard and David Miller were also hired.

Together they have published nine studio albums so far, from “Il Divo” (2004) to the most recent “For Once In My Life: A Celebration of Motown” (2021), with which they have managed to sell nearly 40 million copies all over the world.

Last year Marín published a solo album entitled “Portrait” in which he dared to cover “Bohemian Rhapsody” by Queen, among other hits.

His three companions, David Miller, Sebastien Izambard and Urs Bühler have recalled via Twitter that for 17 years they have been together on “this incredible Il Divo trip” and have assured that they will miss their “dear friend”.

“We hope and pray that his beautiful soul may rest in peace. With love David, Sebastien and Urs,” they write in the message.