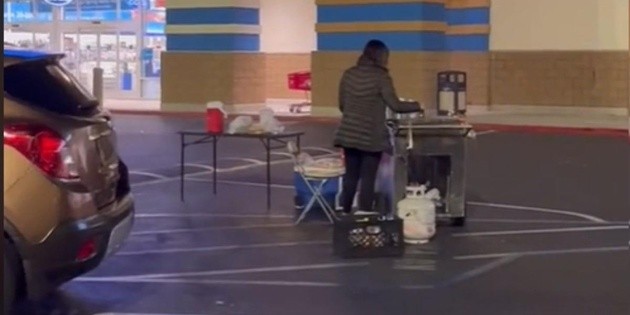 Viral: Tiktoker gives thousands of pesos to corn seller to visit his family at Christmas

The Christmas 2021 It is very close and the spirit of these dates can already be felt in the air. This season has the effect of touching the fibers of many people, and some of them decide to do good deeds or acts of charity with others, especially with those who have less. And this happened to a tiktoker.

The 24-year-old, who decided to give a thousand dollars (approximately 21 thousand pesos) to a corn seller so that he can visit his family this Christmas. Through a video on the TikTok platform, the user @juixxe shows the money at the beginning, while keeping the cash in an envelope.

Later, after arriving near a Walmart, the young tiktoker he approaches a corn seller and asks: “How much are the corn?”

“In 5 the glass”, replies the seller.

Later, Morales asks him how his day is going to what the merchant says: “The truth is, very slow.” Before the answer @juixxe asks him: “Are you ready for Christmas yet?“And just at that moment he hands him the envelope with the money shown at the beginning:” Well, I wanted to give you a gift, a thousand dollars, my friend. “

The corn seller is extremely moved: “My child has Down syndrome, that’s why I’m doing this. I didn’t know if I was going to see them at Christmas, they are in Mexico …you have no idea what this means … I’m going to make sure that I’m going to be able to go see them, “the seller tells the tiktoker as he accepts the envelope with the money.

Likewise, the seller showed Jesús a photo of his son on his phone, in addition to reiterating that his gesture gave him great joy since with it he will be able to be with his family this Christmas time.

The money was a donation

At the end of the clip, the young tiktoker explains to the seller that the money comes from various donations sent to him by his social media followers.

“I am so happy to hear that, my friend. I want you to know that this comes from donations that my followers send me through social networks, money comes with a lot of love “.

The video that is already viral on TikTok has more than a million “Likes”, 5,674 comments and more than 6 million views.

The TikTok user @juixxe who has more than a million followers and more than 44 million “Likes” on his profile, has in his account several videos in which he helps people with few resources to make their dreams come true.