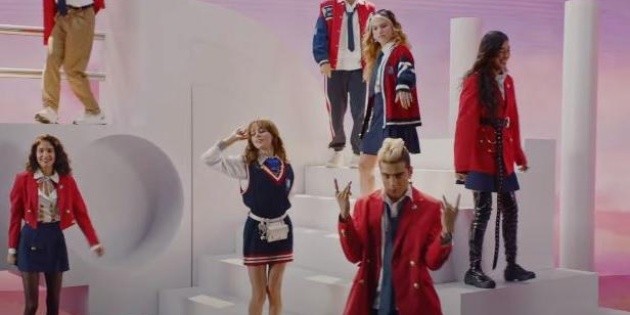 Rebelde on Netflix: Pedro Damián does not mind that a new version of the series is made

“I hope you do very well“, assured the producer Pedro Damián on the new series”Rebel“, inspired by the story that he produced in 2004 and starred Dulce María, Anahí, Poncho Herrera, Maite Perroni, Chistopher Uckermann and Christian Chávez, among others.

Under the black carpet series Paramount+, “The Envoys”, Pedro Damián shared that he has heard a bit of the main song that gives the series its title and that it was written by maestro Carlos Lara.

“It sounded good … I hope they do very very well,” he commented.

Pedro Damián expressed his support for the Netflix story, which will star Andrea Chaparro, Alejandro Puente, Sergio Mayer Mori, among others and which will premiere on January 5, noting that does not mind that a new version is made.

“Why am I going to bother, no way. I already did a job more than 15 years ago, it was very successful, we went around the world and new generations come with other ideas, with other ways of seeing things and I am pleased that they do it, it is simply a tribute to the work I did, “he said.

Relationship with Televisa. Pedro Damián denied that there is any lawsuit on his part and against the television station, as had recently been said.

“There is no demand, there never was, never was such a demand, I simply ended my contract with Televisa, the exclusive one, but it is still my home, my friends, I am still part of a house that I spent so many years with and the truth is I feel happy, “he commented.

What’s next for Pedro Damián?

Regarding what is coming for him, he announced that he is in talks for a series with Paramount +, another for a different platform and another project for Televisa. He also shared his excitement at having worked on the next movie “Father of the bride“, where he shared the set with Andy García.

“He was extraordinary, he is an incredible actor and we understood each other so well. It is a film that portrays two Latin worlds but we do everything in English because it goes internationally.”