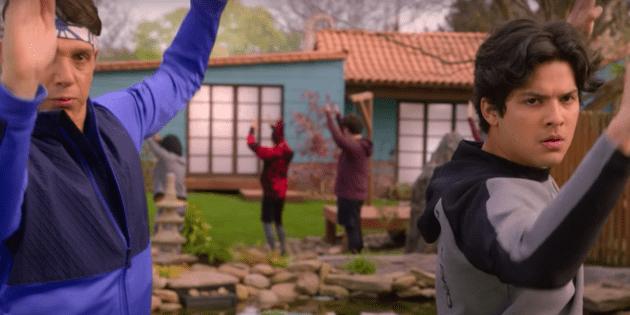 Cobra Kai: Reveal the trailer for the fourth season of the Netflix series

Get ready because the fourth season of “Cobra Kai”Is getting closer and closer Netflix He did not hold back in revealing a new trailer for the series.

This sequel to the series, based on “Karate Kid”, takes place 7 years after the 1984 All Valley tournament. It shows us the continuation of the conflict between “Daniel LaRusso” (Ralph Maccio) and “Johnny Lawrence” (William Zabka).

According to Netflix, in season 4, the “Miyagi Do” and “Eagle Fang” dojos join forces to defeat “Cobra Kai” in the All Valley U18 Karate Tournament … and whoever loses must hang up his gi.

While “Samantha” and “Miguel” try to maintain the alliance of the dojo and “Robby” gives it his all in “Cobra Kai”, the fate of All Valley has never been more uncertain … What tricks will “Kreese” have up his sleeve ? Will “Daniel” and “Johnny” be able to bury their hatchet after several decades to defeat “Kreese”? Or will “Cobra Kai” end up dominating karate in All Valley?

Netflix: When is “Cobra Kai 4” released?

The fourth season of “Cobra Kai” will be available on Netflix next December 31, perfect to start 2022 with a marathon.