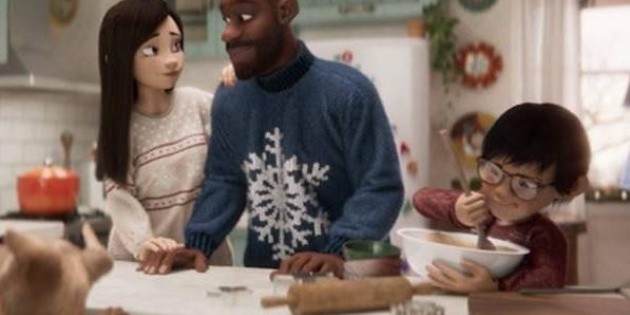 Christmas 2021: Disney celebrates the holidays and families with a new short film

In collaboration with the Make a Wish foundation, The Walt Disney Company celebrates this December to the family and Christmas 2021 with the campaign “From our family to yours“And a new animated short”Dad of the heart “.

The animation is about a story that, in just 3 minutes, captivates and teaches about family bonding and the power of storytelling, without leaving behind the importance of portray contemporary families.

“(The short one) Seeks to represent families from around the world, without any distinction. The story is inspired by a contemporary family, because we always strive to share stories with which our audiences feel identified and represented, ”Disney said in an interview with INFORMADOR.MX.

He explained that the intention of “Papá del corazón” is to convey a message of celebration and “return to focus on love as such a powerful bond of human connection, which transcends all diversity.”

The seal of Mr. Black The President

About Mr. Black The President, who is in charge of the main theme with the title “Run a river of love“Of the short film, Disney stressed that choosing the Colombian had to do with his ability to convey the spirit of the values ​​that” we want to represent. “

“EThe message that the video transmitted to me was one of joy, peace, love and union because the family always has to be together in the most special moments. I am a father and I immediately connected with this letter, with this topic… and I said to myself, this is the moment to be able to bring a good message to all the families of Latin America in this magical time ”, comments Mr. Black El Presidente.

Mr. Black The President had already collaborated with Disney on “Champeta, the rhythm of the Earth” both in music and acting, by giving life to “Chamo”.

The short localized in Portuguese and Spanish for Latin America was developed and produced by Disney EMEA’s in-house creative team, led by Angela Affinita, Director of Brand Marketing and Creative, together with Flux Animation Studios in New Zealand, and consultants from the story, POCC .