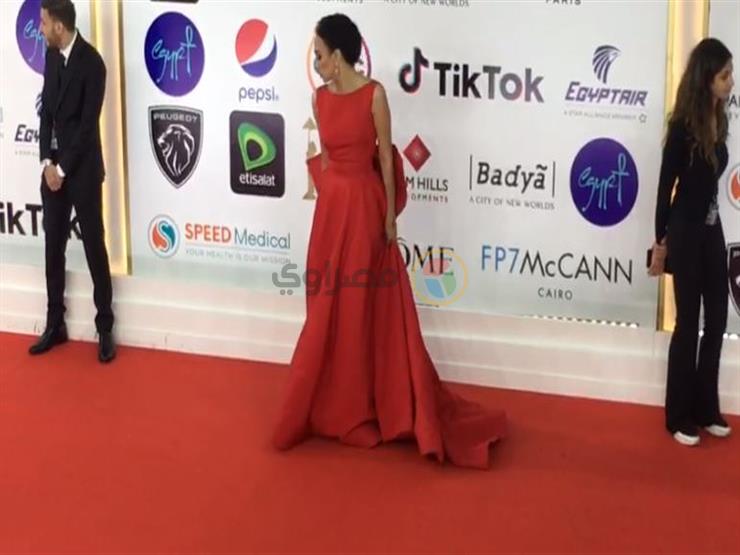 With the open back scream.. Zainab Gharib with a classic red look at the end of the Cairo Film Festival

Young actress Zainab Gharib shone on the red carpet for the closing events of the 34th Cairo Film Festival, with a classic look.

Zainab appeared in a red fluffy dress with a long tail, with a cut-off cut, and an open back, which was equipped with a bow of the same type of fabric as the dress on the back area, and coordinated with it a distinctive square clutch.

She opted for a lifted hairstyle, and wore a strong make-up.