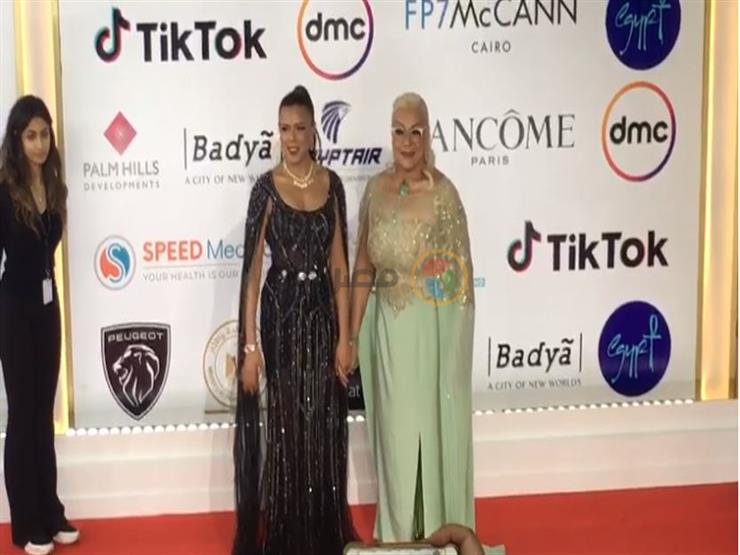 With a royal look.. Nahed Farid Shawky and her mother shine at the end of the Cairo Film Festival

Actress Nahid El Sebaei and her mother, producer Nahid Farid Shawky, caught the eye during their participation on the red carpet for the closing events of the 34th Cairo Film Festival, with an elegant royal look.

Nahid appeared in a black dress with shiny silver lines and embroideries, and the dress came with long sleeves resembling an extension.

The look was decorated with elegant and luxurious jewelry, and she chose the classic hairstyle, while she adopted a strong make-up in the color of stark lipstick.

As for the producer, Nahed Farid Shawky, she chose a classic dress with backing and embroidery on the chest area.