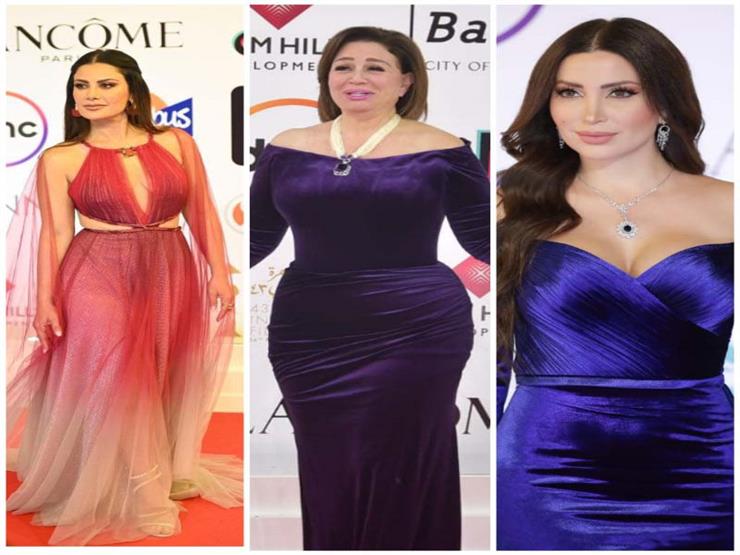 Watch the 8 strangest looks at the Cairo Film Festival

Many stars and stars of art are keen to appear in strange and different looks, in order to catch everyone’s attention, and during the Cairo International Film Festival in its current session, some appeared with strange looks, whether by wearing strange clothes or accessories.

In the following lines, “Masrawy” reviews the strangest looks of art stars that caught the eye on the red carpet.

Hind Akef’s unfamiliar look made her the top of the social media talk, as she appeared in pharaonic clothes, which some considered a strange appearance inappropriate for the red carpet at the Cairo Festival, and decorated her hair with pharaonic accessories, as well as she wore a pharaonic bracelet on top of her arm and the famous pharaonic belt.

While the artist, Tara Emad, wore a soft ponytail, and used the “telephone wire” to coordinate it with her look and wrap it around the ponytail.

Singer Wiggs appeared in a semi-formal winter look, wearing trousers and a jacket in olive color.

The artist Ahmed El-Fishawy grabbed the attention by appearing on the red carpet, wearing a classic black suit, but he went out of the way and wore black Converse lace-up sneakers on his feet.

The artist, Phaedra, also sparked a state of controversy after she appeared in a “T-shirt” bearing a Quranic verse, with the phrase “nations like you” written on it.

The artist, Adham Al-Sharqawi, was keen to appear in an unconventional look, wearing a long blue tuxedo, with some phrases written in English, as well as black pants and shirts, in addition to a beige tie, so he seemed like a secret informant on the red carpet.

Yusra chose to appear with a distinctive look, as she appeared with a bag, made especially for her, where her name was written in English letters, with shiny lobes.

Yousra appeared on the red carpet wearing a long dress with open sleeves, and the design was embroidered from the upper part, which increased her attractiveness.

The artist, Hassan Abu Al-Roos, always used to appear in controversial and unconventional looks at festivals, as he wore a black blazer printed with pharaonic inscriptions in the form of a lotus flower in a distinctive way.