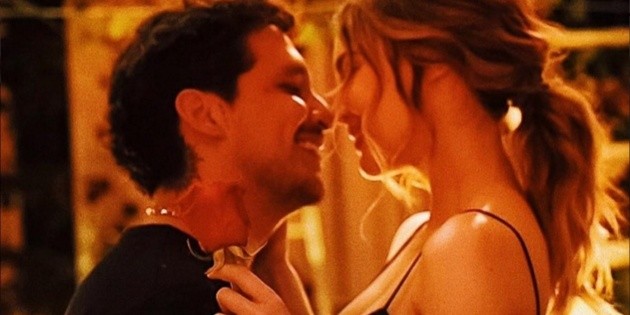 Viral: They criticize Christian Nodal for making a rudeness to Belinda

Problems between Nodal and Belinda? Users on social networks have criticized Christian’s way of acting towards his fiancée when she wanted to joke at a meal with friends in a restaurant.

In the video of just a few seconds it is seen that the couple is in a restaurant together with friends while they sing “Happy Birthday” to Cristian Nodal, this as a joke to the singer since his birthday is January 11, (and which by the way will be 23 years old).

Although you could tell it was a joke, Christian has some nervous giggles and it is even seen that he applauds the action when the chants have finished, but the situation becomes uncomfortable when it is seen that Belinda, in order to follow the joke and exaggerate a little more, was hitting a plate with the spoon, a gesture that Nodal immediately interrupted. take her by the arm showing serious and even annoyed.

Despite the discomfort of the “Bottle after Bottle” interpreter, Belinda did not seem to care much as she continued to enjoy the moment. But those who did not let this pass were the fans who, after leaking this video, have divided opinions about this rudeness.

While some believe that there are problems in the relationship, others see it as a simple joke. And you do you think?