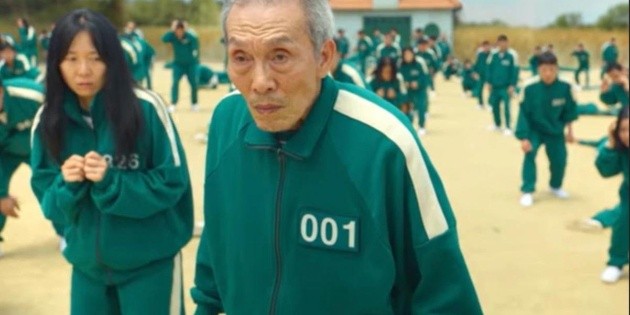 The Squid Game: The Moving Reflection of “Gamer 001”

The 77-year-old actor moved thousands of people in his first interview made by a Korean medium after the worldwide success of the series that catapulted him to international fame, in which he spoke of old age and the lesson behind the story that has captivated millions of people.

“Our society only recognizes the first places, the others do not matter, as if there was only the one who arrives first and the second place does not have any importance, but although the first place beat the second, the second beat a third and so on. We are all winners and what I believe is that a true winner is one who works for what he wants and tries to achieve it, “he told the Korean channel of NBC News.

The interpreter who stole the hearts of many pointed out that everything is different for the old and life does not become easier, but now She is grateful for everything that has happened and hopes to now help the people of her community.

“I do not want to be ambitious, big or small, we have all received things in this life, and now I want to give back all those things that I have received, I want to give things to my community. That is the way I think now,” he emphasized.

Also by means of an example he reinforced his way of thinking about life, which made the presenter of the newscast cry.

“Big or small, we have all received things in this life, and now I want to give back all those things that I have received”

“Let me give you an example, imagine that we are on a mountain and there is a flower. When we are young, we pick the flower and take it for ourselves. But when you get to my age, you leave it there exactly as it is, so you can see it again later. Life is exactly the same and it’s not easy”, He expressed.

Yeong-su Oh’s fame for participating in the first season of “The Squid Game” has not been easy, but he explains that it has been his daughter who has helped him cope with everything that has happened in recent months.

“I feel like I’m floating in the air and that makes me think: ‘you have to calm down and organize your thoughts and control yourself’, because a lot of people were contacting me and since I don’t have a representative to help me, it was difficult to organize myself with the volume. of calls and messages that come to me, but it was my daughter who helped me in that task, “he said.

Netflix’s “The Squid Game” has been declared the most watched series in the world, so far more than 130 million people have watched it and it is expected to exceed $ 900 million in revenue.