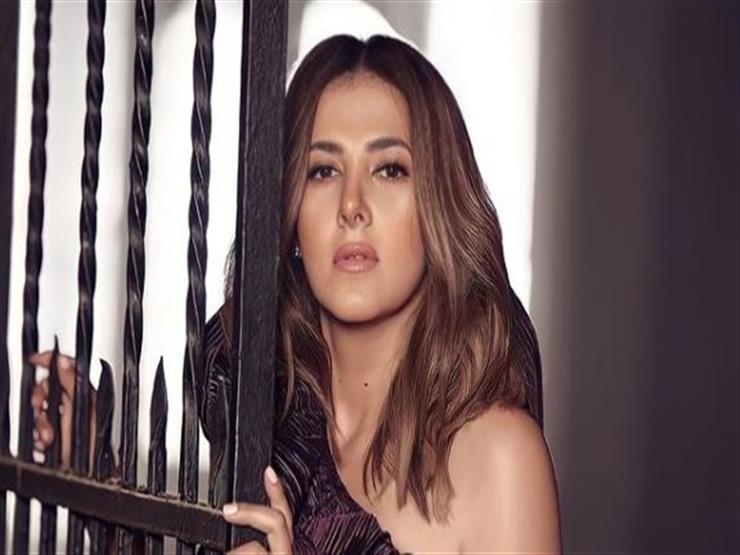 The artist, Donia Samir Ghanem, appeared in her first artistic appearance after months of the ordeal of the illness of her parents, the artist Dalal Abdel Aziz and the great star Samir Ghanem, and the period of mourning after their death, during the “Able to Differ” celebration in front of President Abdel Fattah El-Sisi.

Due to the public’s eagerness to check on her psychological state after the crisis that Donia went through, there was great interest in her first artistic appearance, and the appearance that she appeared in.

Donia appeared during her performance of the song “Ya Bladi Aslami”, which was accompanied by sign language, amid an interaction of students of determination, with an elegant angelic look in white, as she wore a white dress with loose sleeves, simple and elegant details.

The hairstyle was loosened on the shoulders with a “Wifi” shout, and she did not bother to put on makeup, to look like she was natural.

The look in which she appeared caught the attention and made her the talk of the pioneers of the social media, and the first commentator on her appearance was her husband, who tried to support her with some words, and the media, Rami Radwan, described on his official account on the Instagram photo-sharing site her look as “the angel”.

Rami wrote: “God willing, my love, an angel among his angels. All of you are looking forward to the light of God is greater,” adding: “Our Lord protects you, protects you, and grants you success, and preserves, protects and grants them success, O Lord.”

And one of the followers of the celebration commented on the social networking site Facebook, saying: “She has changed and her shape has grown. She was in the midst of her family. She was young, worried and sad, losing a mother and father is a difficult thing.” Another said: “Sadness when it enters the human heart changes its features.”