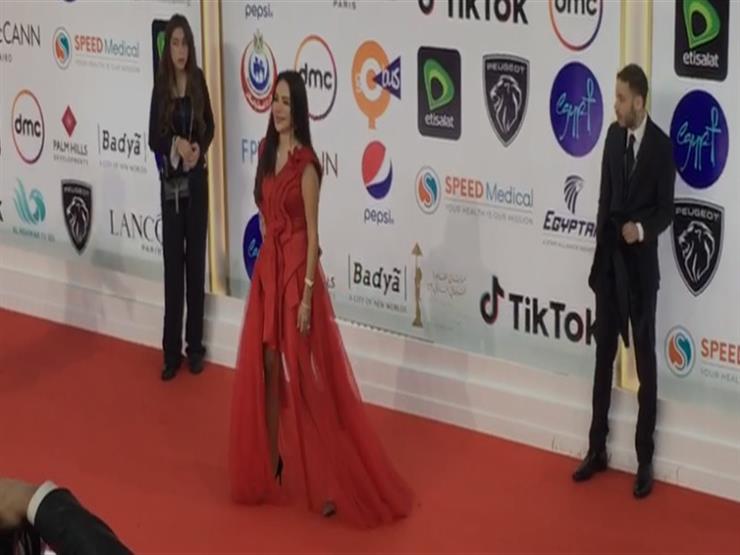 In fiery red .. Engy Alaa shines at the end of “Cairo Film Festival”

She wore a red cut dress with a bold leg opening, and she wore strong make-up, leaving her wavy hair loose.

On the red carpet of the Cairo International Film Festival, which launched its new session, stars and stars flocked and grabbed the attention with diverse, elegant and distinct looks.