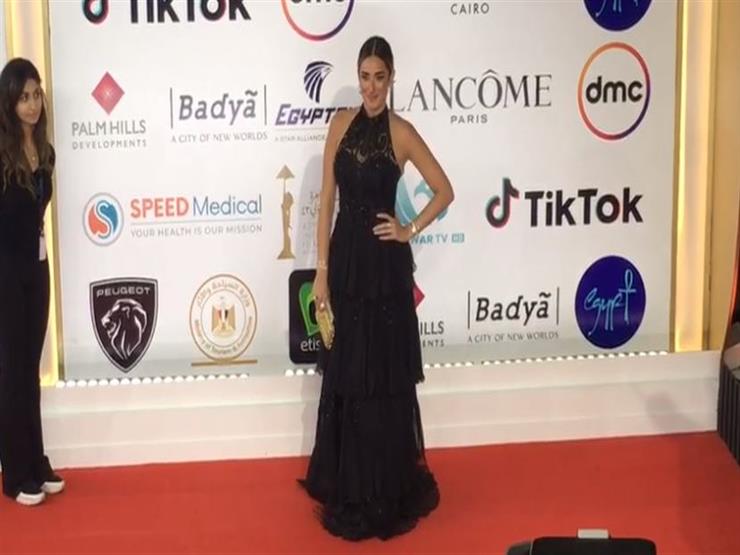 In a lace dress.. A distinctive black look by Amina Khalil at the end of the Cairo Film Festival – video

Actress Amina Khalil caught the eye during her participation on the red carpet for the closing events of the 34th Cairo Film Festival, with a distinctive look.

Amina appeared in a black dress with a cupped style, with lace of the same color around the neck, giving it a distinctive shape. The dress came from the bottom with two layers from the bottom and was short, while the top came with a gradient lace frill.

She coordinated the look with a thin clutch, as well as silver open shoes.

The hairstyle chose the classic bun, while the aesthetic critic chose to put make-up touches of calm colors.