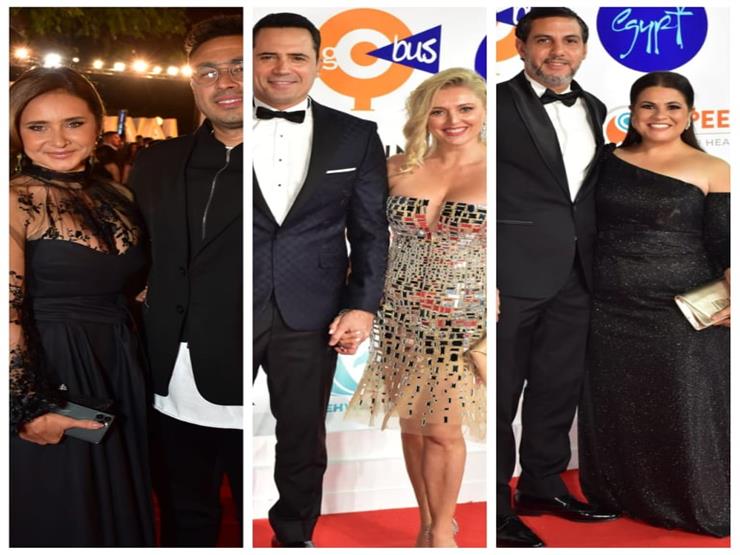 A number of “cables” duos managed to grab the attention on the red carpet for the closing ceremony of the 43rd Cairo Film Festival.

So, in the following report, we will show you the most prominent duo on the red carpet, who were keen to appear in an elegant and attractive look that caught the eye.

Dhafer Abdeen and his wife:

As for his wife, she appeared in a short cape dress, coordinated with a beige clutch.

She chose a loose hairstyle, with simple touches of make-up, in colors that match her skin tone.

Nelly Karim and her husband:

The artist, Nelly Karim, starred in a soft black dress from the 1950s, with a cupped fit and with sheer black lace sleeves, and coordinated with a silver clutch.

She opted for a loose hairstyle with touches of soft makeup.

As for her husband, Hisham, he appeared for the first time, abandoning a mustache, and appearing in a semi-formal look, wearing a black blazer and pants and a vest of the same color.

Hani Adel and his wife:

The artist Hani Adel appeared in a black suit and coordinated a shirt in the same color, while his wife chose a black dress, adopted soft makeup, and chose a raised hairstyle.

Engy Wejdan and her husband:

As for her husband, he wore a black suit, with a white shirt and black tie on the bottom.