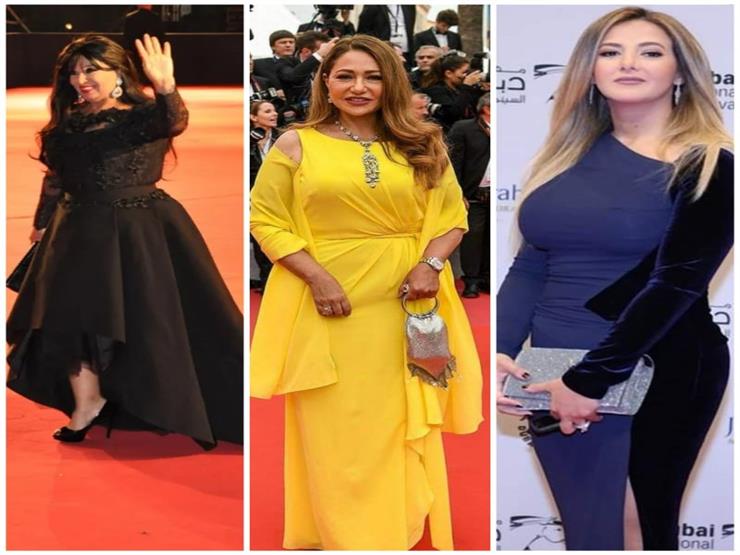 Actresses who managed to hide the flaws of their bodies in elegant dresses.. Take inspiration from them

Some stars with a full body are keen to appear at various festivals with striking and elegant looks. Their excess weight did not constitute an obstacle to their choices of fashionable and appropriate looks, and then appear in an appearance that hides the extra weight and highlights their femininity.

“Masrawy” monitored for you the most prominent looks of the stars, who are in full elegance in dresses of different trends, concealing the flaws of the body, so you can inspire from them the appropriate look for you.

The artist, Laila Elwi, mastered the selection of her looks with designs with cuts that hide the flaws of the body shape, which highlights her strength in the most beautiful picture, most notably her look at the events of the Cannes International Film Festival in 2018, when she adopted a look in yellow, which gave her a touch of boldness and high self-confidence, especially since the yellow color Only daring stars choose him.

In another look, Laila Elwi, during her appearance at the Cairo International Film Festival in its different session, adopted some looks that enhance the flow of her strength and consistency, including a metallic dress with luxurious embroidery that combines silver and gold, signed by her favorite fashion designer, Hani Al-Behairy, and a black long-sleeved jumpsuit. And embroideries on the chest area.

On the Red Carpet of the Dubai Film Festival in its 2017 edition, actress Donia Samir Ghanem chose to appear in a dark color that suits her skin tone, as well as her choice to appear in a velor dress, which gave sophistication to the dress, in addition to her choice of long slanted cuts, which were perfectly proportional to the details of her body. What made her able to hide the flaws in her body shape at this time, as she seemed to be overweight than she is now.

The artist, Fifi Abdo, is overweight, and she was able to hide this defect during her participation in the closing ceremony of the Cairo Film Festival in 2015, by appearing with a look

Fifi appeared in an elegant black look, as she wore a black dress designed by fashion designer Ahmed Fayez, who used black lace on the chest and sleeves, while the design was able to hide the flaws of Fifi Abdo’s body, full of the hero and buttocks through the black cloth in the second part of the dress. The dress came from The tail is short in the front and long in the back.

At one of the events of the Cairo International Film Festival in its current session, actress Ilham Shaheen appeared in an elegant look in which she corrected the mistakes of her appearance at the opening ceremony, which showed her body flaws and made her look wider.

But on another occasion, she appeared with an elegant look that made her look thinner and of a harmonious texture, so she wore a mauve velvet dress with sleeves, and she adopted a soft make-up, as she chose to leave her hair down.