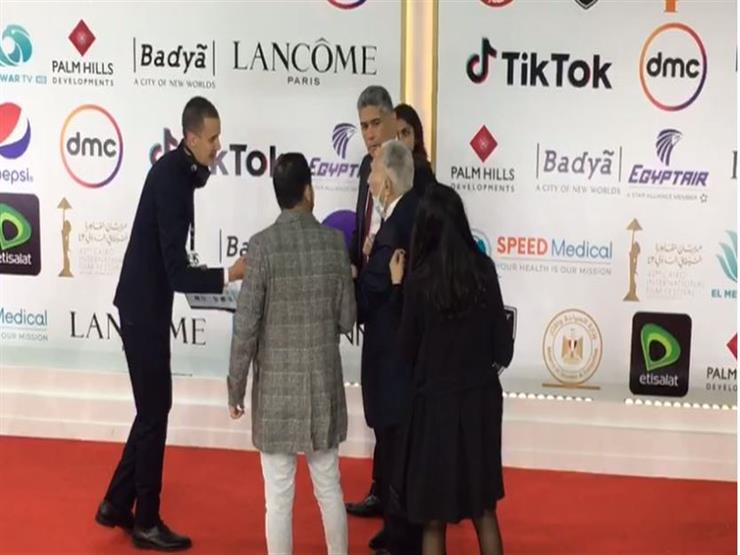 The able artist Abdel Rahman Abu Zahra appeared elegantly on the red carpet at the end of the current Cairo Film Festival, as he wore a black suit, and coordinated a white shirt and black pants underneath.