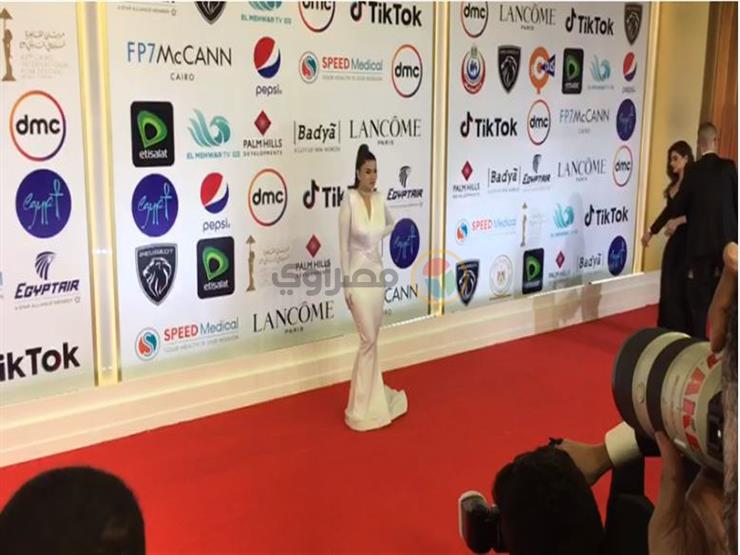 A bold look.. Hoda Al-Etrebi shines at the end of the Cairo Film Festival

She appeared with a bold look, as she wore a long red dress, with a one-sleeved story, and characterized by a bold leg opening.

She adopted a soft make-up, and opted for the up-do hairstyle.

She wore accessories consisting of an earring and a ring.