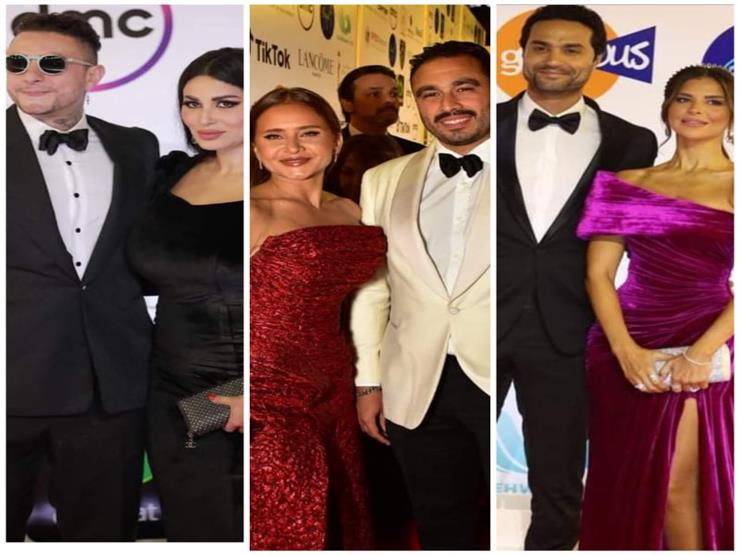 The festival cable.. The most eye-catching duo at the Cairo Film Festival

The duo, actress Nelly Karim and her husband, Hisham Ashour, attracted attention during their participation in the opening ceremony of the 43rd Cairo International Film Festival.

Nelly appeared radiant in a bright red dress, with a cape style, and a fish cut, and she coordinated a white fur shawl with it.

She adopted a strong make-up, and chose to have her hairstyle loose and flowing on both sides of her shoulders, and her husband, Hisham, wore a white suit, and coordinated with him a pebble and black shoes.

Stars and stars flock to the red carpet for the events of the 43rd Cairo Film Festival, with looks that usually steal the lenses of photographers and become the talk of the pioneers of social networking sites.