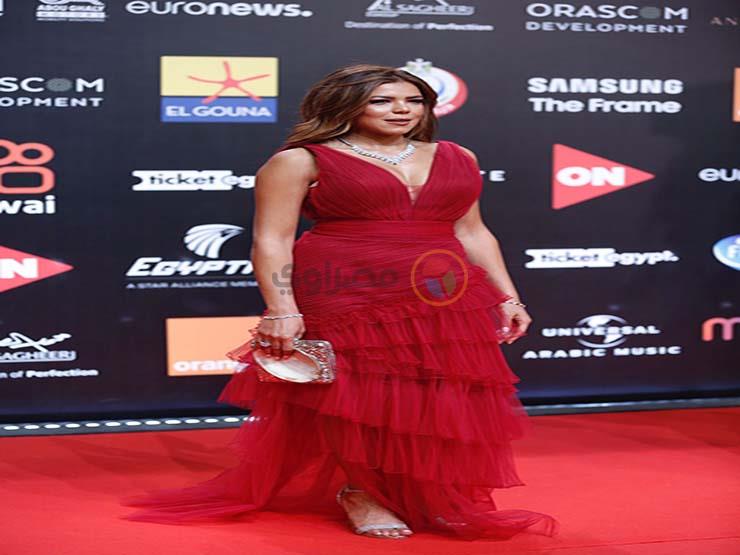 “Mother and Daughter” .. Nahid El Sebaei and her mother shine at the opening of the “Cairo Film Festival”

Actress Nahed El Sebaei, accompanied by her mother, starred on the red carpet for the opening events of the 43rd Cairo International Film Festival, with a charming and feminine look.

Nahid appeared in a black dress, with a one shoulder, decorated with embroidery, and equipped with a back extension from the hand, and coordinated with him a golden clutch.

She wore a strong make-up, and chose to have her hair loose on both sides of her shoulders.

As for her mother, she appeared in a long dress decorated with embroidery in a mixture of warm colors, with an off-shoulder trend.

She wore a strong make-up, and chose to have her hair loose on both sides of her shoulders.

Stars and stars flock to the red carpet of the 43rd Cairo Film Festival, this Friday evening, with looks that usually steal the lenses of photographers and become the talk of the pioneers of social networking sites.