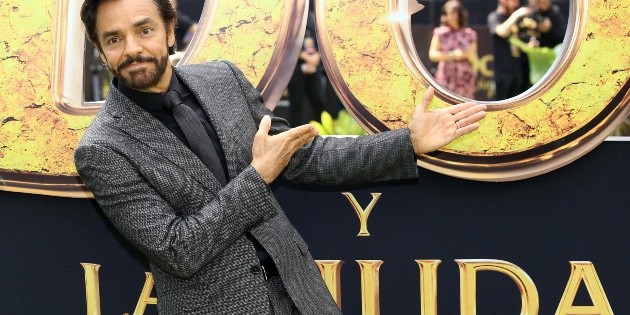 Mexican actor and producer Eugenio Derbez will be recognized with the Crossover Award from the 2021 PRODU Awards, which recognizes the Latin talent who has triumphed in Hollywood.

“Eugenio Derbez has managed to conquer with his professionalism, humor and wit one of the most demanding markets in the American audiovisual industry, film and television“describes a statement issued by the organizers of the awards ceremony.

With active productions in Mexico and the United States, Eugenio Derbez is considered, according to Variety magazine, “the most influential Hispanic man in the entertainment industry,” backed by a career spanning almost four decades.

Who is Eugenio Derbez?

Eugenio Derbez (Mexico City, 1961) has become a benchmark of Mexican comedy And he has shown his versatility as a producer, director and also as an actor in the dramatic genre.

One of his most successful works on open television in Mexico was “The P. Luche family” (2002).

Since then his career has done nothing but grow and among the achievements he has made in the United States stands out the family comedy “Instructions Not Included“(2013), better known in Spanish as” Returns are not accepted “, which with 44.4 million dollars raised is the highest grossing film in Spanish in history in the United States (worldwide it totaled 100.5 million).

The award for Derbez will be presented within the framework of the PRODU 2021 Awards Gala that will take place on December 1 and 2 via “streaming” with a transmission of 50 continuous hours to reward the best of the Hispanic audiovisual industry.

On November 18, the first awards ceremony was held in which Mexico was the most recognized country of the night, having won six of the 17 categories that made up the meeting.

The PRODU 2021 Awards Gala will be hosted by the Mexican Alan tacher, the Argentine super model Valeria Mazza and the Venezuelan-Spanish journalist Boris Izaguirre.