While waiting for a signal while driving, an unexpected ‘purchase inquiry’ is overflowing from an American anchor who happened to see a BTS performance. It was because member V lightly touched the anchor’s vehicle during the performance.

On the 23rd local time, Los Angeles KTLA news anchor Cher Calvin uploaded a video of BTS sightings on her Instagram. On this day, BTS, who participated in the recording of the famous American talk show ‘The Late Late Show with James Corden’, performed at the crosswalk, and Calvin, who was waiting at the signal, was lucky to watch BTS’ performance. you’ve won In addition, during the performance, member V improvised a performance that touched Calvin’s vehicle, and Calvin only shouted “Oh, my god” over and over, as if this situation was unbelievable.

Calvin later boasted of the traces left on the car bonnet, saying, “BTS V’s handprint was on my car” on his Instagram. Fans responded enthusiastically, saying, “If it were my car, I would never wash my car”, “I can’t believe it even after watching the video”, “It was a concert only for Calvin”. 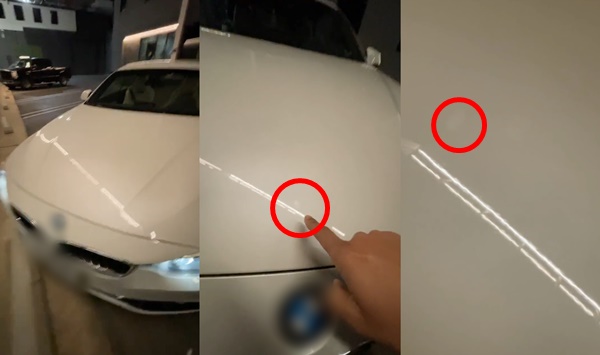 Some fans offered to buy Calvin’s car, saying, “I’ll send you money right away, so sell me a car”, and Calvin directly introduced various reactions left by fans on social media in his KTLA News.

No comments to show.