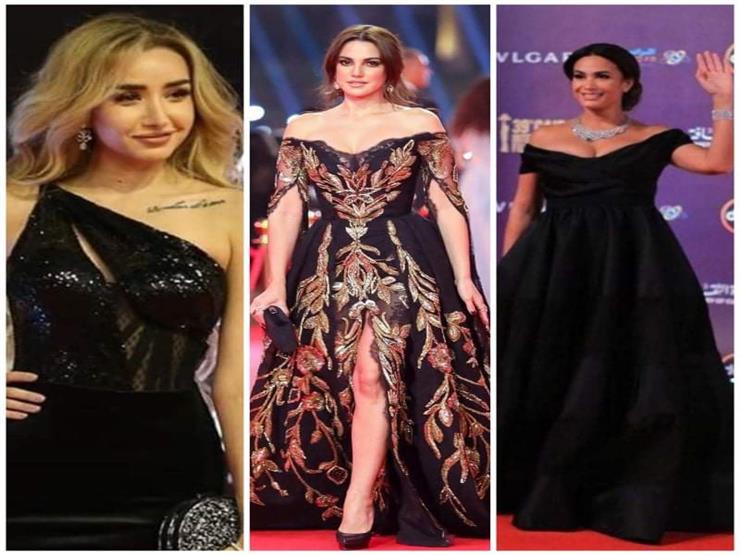 Over the past years, during their participation on the red carpet at the Cairo International Film Festival, the stars have shone with the most diverse looks, between the classic style or the modern style that keeps pace with fashion.

In this report, we review some of the most beautiful looks of the stars during their participation in the festival’s activities over the past five years, a few days before the opening of the 43rd edition of this festival next Friday.

The artist, Amina Khalil, starred during her participation in the activities of the 38th edition of the festival in 2016, in a long black dress.

The star, Hend Sabry, appeared during the 39th edition of the festival, with a distinguished look by wearing an open-breasted black dress with dropped shoulders, and preferred to raise her hair with an accessory.

– Dora with a royal view

In the 40th session, the star, Dora, chose a classic look characterized by luxury and sophistication.

Dora appeared on the red carpet of the festival in a long black dress embossed with golden flowers, off the shoulder, with a simple hairstyle.

– Here, the ascetic has a charming view

Hana Al-Zahid chose an elegant black dress designed by Samo Hejres and did her make-up Kiki.

Here, she wore an elegant black dress that revealed her slender figure.

– Mona Zaki with an elegant look

Mona Zaki adopted a distinctive burgundy dress, made of elegant velvet, which was designed in a cup design with a mermaid skirt with a front slit, in addition to a long sleeve that covers one of the arms.