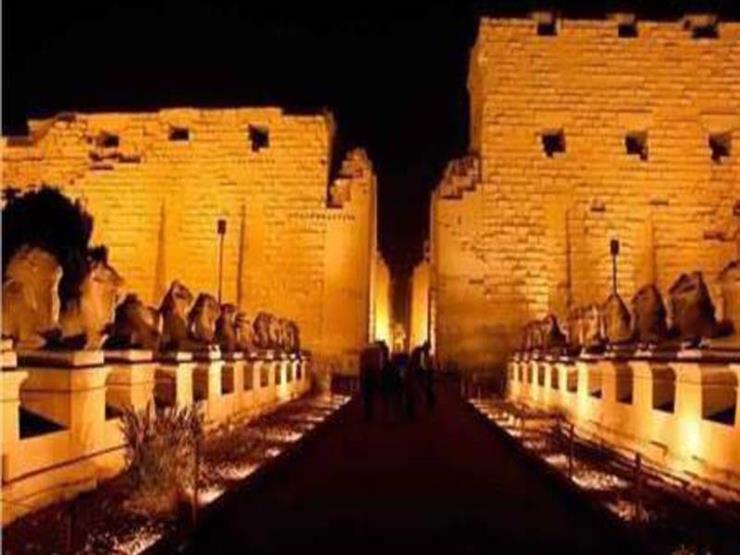 Hear us rams, and what is the Feast of Abbott? .. Secrets revealed by an Egyptologist about tonight’s celebration

In a few hours, the world’s attention will turn to Luxor Governorate, for the launch of the cultural celebration activities for the opening of the Kings Celebrations Road, known as the “rams’ road”. Today, the ancient Egyptian “Sabbath” rituals will be revived, after the celebration stopped for more than three thousand years.

What is the way to celebrate the “rams” kings?

Dr. Bassam Al-Shammaa, a well-known Egyptologist and historian, explains that this road is 2,700 meters long, connecting the Karnak temples and Luxor Temple. It is surrounded on both sides by more than 1,000 statues, whose construction began by King Amenhotep III of the Eighteenth Dynasty.

Al-Shamaa pointed out to “Masrawy” that the statues on both sides of the road are models of rams, some of which are of a lion’s body with a ram’s head, or a ram with a ram’s head, and others for a human body and a ram’s head, explaining that for this reason the road was known as “rams”, but the correct name for the road is a road. Celebrations of kings.

What do the rams on the way to the celebrations of kings refer to?

And about the reason for choosing rams as statues on both sides of the road to the celebrations of kings, and what they symbolize, the Egyptologist stated that the ram is a sacred animal in ancient Egyptian history, explaining that it symbolizes the god Amun, the god of fertility among the ancient Egyptians.

As for Easter, which will be revived today after 3000 years of hiatus, the Egyptologist explained that it was considered one of the most important religious celebrations in ancient Egypt, noting that the ancient Egyptians used to celebrate many holidays. During the reign of Ramses III there were 60 feasts per year.

He added that 3000 years ago, there were many holidays for the Egyptians, and the Feast of Sabbath was the first holiday in Egypt, inferred that there are many inscriptions on the walls of temples about its celebration, despite the fact that it is one of the temple feasts that were held for the king, priests and the royal court.

He pointed out that it was called the Opet celebration, and it was engraved on the walls of Karnak temples as “Ibt” and not Opet, adding that the celebration of it is limited to the royal court, as the public does not participate in it except when the procession passes, on both sides of the road or on the mainland of the Nile.

He explained that the official name of the celebration is “Heb Nefer n Ibbet”, which means “The Beautiful Feast of Abbott,” noting that “Ibt” was the name of an interior shrine (sacred place) in Luxor Temple.

And he continued that the celebration was during which the statues of the goddess “Trinity of Thebes”, which consisted of both the god Amun and the goddess Mut, were transported, with their son, the god “Khonsu”, inside their sacred boats during a large ceremonial procession, and at another time turned into transporting them through a ship on the mainland of a river Nile.

He added that the celebration and the transportation of the statues along the 2,700-meter ceremonial path of kings “rams” lasted for 11 days during the reign of King Tuthmosis III, while in the late reign of King Ramses III the feast lasted 27 days, so that the celebration begins from the Karnak temples and ends at the Temple of Karnak. the shortest.