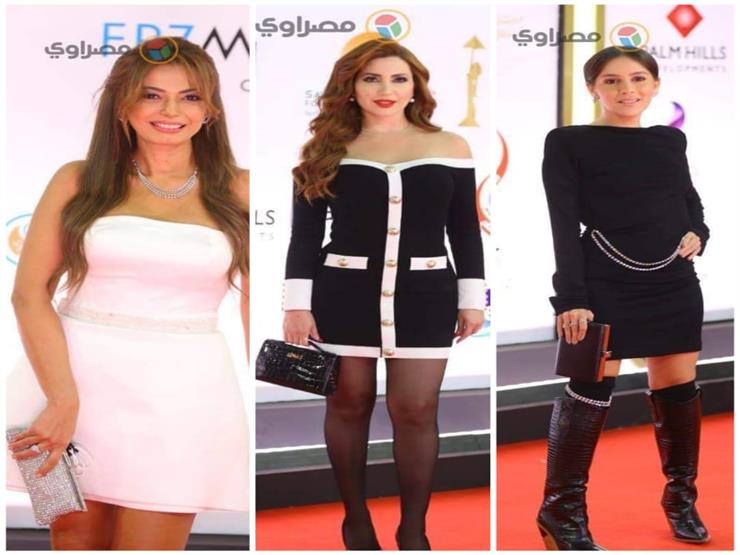 8 artists appeared in short dresses in “Cairo Film Festival” 2020. Who is the most beautiful?

On the red carpet of the 42nd Cairo International Film Festival, the stars of art caught the eye with their distinctive and attractive looks, especially the short dresses.

Before the start of the new session tomorrow, Friday, at the Egyptian Opera House, we will recall with you the most prominent looks of the stars in short dresses from the beginning of the opening activities of the last session to the conclusion.

While attending the opening ceremony, the artist, Nelly Karim, wore a short black dress, with an extension from the back, and adopted soft makeup, and chose a ponytail hairstyle.

On the second day, the artist, Iman Al-Assi, wore a short dress, a mixture of black and café, with sleeves and an opening in the chest area. She adopted a soft makeup, chose to leave her hair loose, and coordinated with her burgundy clutch.

On the third day, the artist Jamila Awad wore a short black dress with sleeves, and was distinguished by the presence of a belt at the chest area, and coordinated with her look a black clutch, and shoes in the same color, and adopted a calm make-up, and chose the classic hairstyle.

On the second day of the festival, the artist, Laila Elwi, appeared in a short dress, in black, decorated with white geometric drawings, with a wide cut.

She chose the hairstyle of the curly hair, with a strong make-up, as she focused on the drawing of earthy eyes, with a stark red lipstick, and coordinated multiple accessories, and a black clutch.

On the fourth day, the artist, Dalia Mustafa, wore a short white dress, with a cape style, and without sleeves, and she coordinated with her look black shoes, and she adopted a soft make-up, and left her hair loose.

The artist, Nisreen Tafesh, appeared on the third day of the festival in a short black dress, decorated on the sides with white ribbons, and copper-colored buttons, and coordinated with the look diamond accessories consisting of soft earrings, and chose a clutch and classic shoes in black, and adopted strong makeup, as she focused on the drawing of the eyes. Smoky, stark lipstick.

The artist Rania Mansour also appeared at the opening ceremony, in a short black dress with a cape style, with a long extension from the back, and coordinated with it black shoes, and adopted strong make-up, and left her hair loose.

The dancer, Anastasia, while attending the closing ceremony, wore a white dress with sleeves, and was distinguished by the presence of a hole in the chest area and the waist area, equipped with buttons at the waist area, and she adopted a strong make-up, and left her curly hair.