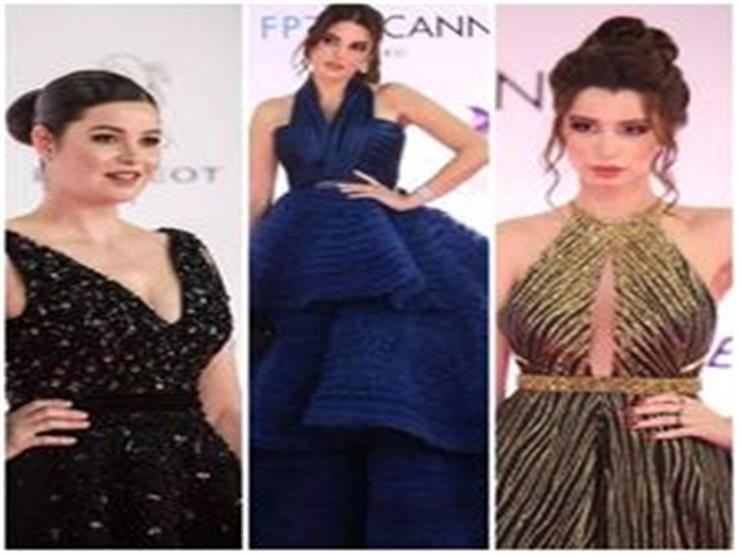 5 royal looks for the stars at the Cairo Festival 2020. Who is the most beautiful?

The red carpet at the Cairo Film Festival turns into an arena for an annual competition between the stars for the most beautiful dresses and aesthetic looks.

In this context, we will present to you in this report the most prominent royal looks that the stars appeared in during the last session of the Cairo Film Festival.

Yasmine Sabry, at the opening of the 42nd edition of the festival, showed a dramatic block, distinct and very different from the looks she is used to.

Jasmine wore a huge dress by Jean Pierre Khoury, characterized by soft frills that came in the form of small pleats in the lower part of the design, while the upper part was decorated with bright embroideries.

She completed the look with long velvet gloves, and added diamond jewelry, while she chose the wavy hairstyle, and also resorted to makeup based on neutral colors.

In the same session, the artist, Arwa Gouda, appeared in a charming look in a black and white dress, with a cut cut and with an extension from the back.

Arwa adopted a strong make-up, as she focused on drawing the eyes, and chose the classic hairstyle.

The artist, Dora, also appeared in a blue dress while attending the opening ceremony of the last session, and the dress was characterized as fluffy and multi-layered, with a belt at the waist, and Dora adopted a strong make-up, and wore accessories consisting of an earring, a ring and a bracelet, and she chose a ponytail hairstyle.

The artist Sarah Al-Tunisi, during her participation in the festival, also chose a long dress, embossed in black and studded with golden stripes, with a bold chest story, with an open back, and adopted a lifted hairstyle with drooping tufts, and soft makeup, and coordinated with the look soft design accessories.

The artist, Yousra El-Lozy, starred at the closing ceremony of the last festival in a black dress, with open sleeves, studded on the chest and equipped with an extension.

She adopted strong make-up and a classic hairstyle, as well as decorating her look with simple accessories consisting of an earring and a ring, and a silver clutch.