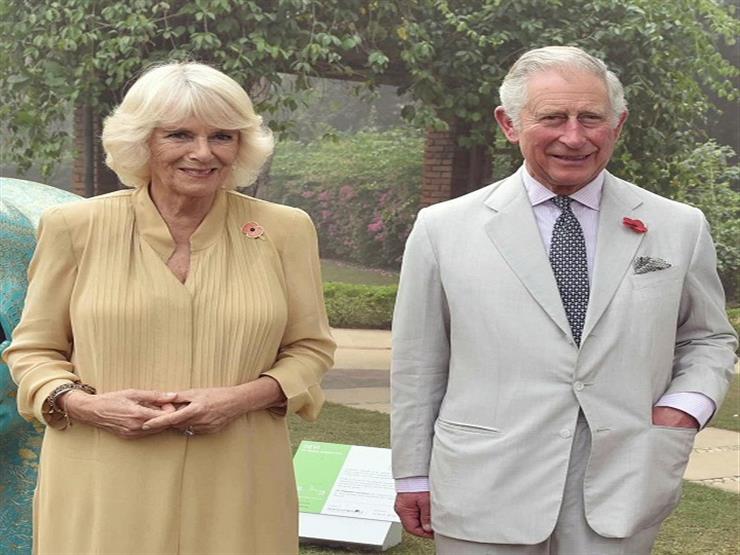 She visits Egypt today .. See the most prominent looks of Princess Camilla of Cornwall

I wrote – Shaima Morsi
Today, Prince Charles, the British Crown Prince, and his wife, Princess Camilla, Duchess of Cornwall, arrived in Egypt on a two-day visit as part of a tour that includes the Hashemite Kingdom of Jordan, the first that the British Crown Prince and his wife have undertaken abroad since the outbreak of the Corona epidemic around the world.
Princess Camilla is characterized by the diversity of her looks and elegance always while appearing with her husband, Prince Charles, on important occasions, and in this regard, we review her most prominent appearance.

Princess Camilla wore a baby blue suit and coordinated a top in the same color, adopted soft makeup, and left her hair loose.

She appeared in a white dress with golden embroideries, and adopted an earthy make-up, leaving her curly hair loose.

She also wore a long, gray dress with sleeves, and adopted a soft make-up, leaving her hair loose.

She sparkled in a baby blue dress with transparent sleeves, adopted soft makeup, and wore diamond jewelry consisting of long earrings, a bracelet and a ring.

She starred in another look in a mint green dress with sleeves and decorated with embroideries in white, and she adopted soft make-up, and coordinated with her look a white hat.

She wore a black dress with transparent sleeves, adopted an earthy make-up, and wore diamond jewelry consisting of long earrings and a choker, and left her hair hanging down.

She also wore a multi-colored dress with sleeves, soft makeup, and left her hair loose.

She appeared in another look in a beige dress with sleeves, and she adopted a soft make-up, leaving her hair loose.