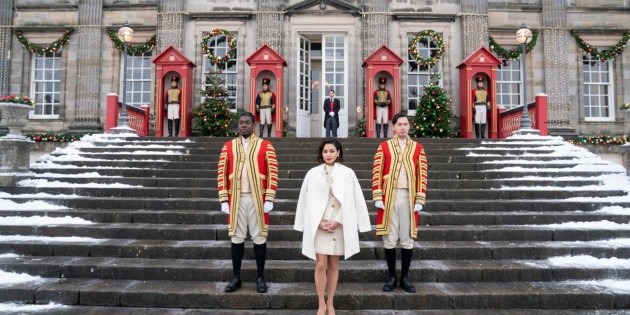 Already smells like Christmas with one of the premieres that come to Netflix Today, and the platform not only pleases with this type of content, it also does it with different specials for the youngest comedy fans at home.

Here are the details about today’s Netflix premieres.

When they steal a Christmas heirloom, identical Margaret and Stacy must turn to their other doppelganger, the fearless Fiona, and her handsome ex for help.


The Mexican comedian Carlos Ballarta he is back and, this time, with a daring black humor that disintegrates the cultural and religious positions of Latin America.


In the not-so-distant future, Earth scientists send a crew of genetically modified dogs to explore the galaxy in search of a new home.


A tenacious girl who grew up in an orphanage discovers that she has magical powers after being adopted by a selfish witch.

You can also check the complete list of premieres series, movies and documentaries coming to Netflix this November.