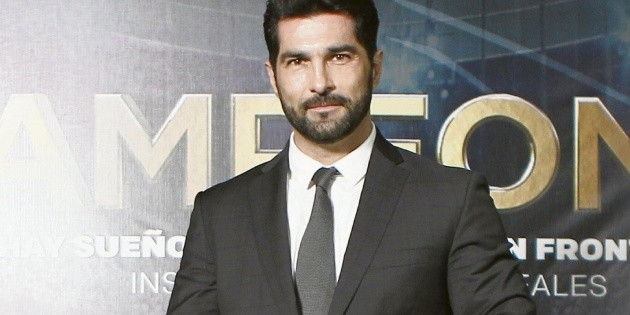 “I was a father to Luis Miguel’s children”

Without a doubt, all the information that is published about Luis Miguel is a hook for the public, and even more that which involves the children that the singer procreated with the actress Aracely Arámbula, during the four years of relationship they had between 2005 and 2009.

The lives of Miguel, now 14 years old, and Daniel, 12, still unintentionally, are objects of interest, as happened with the statements recently offered by one of Aracely’s ex-partners, which went viral.

That’s right, indiscreet or not, the actor Arturo Carmona shared details of the children’s lives during the interview that his friend Fernando Lozano conducted for his YouTube channel, which they titled “Luis Miguel got into your relationship with Aracely Arámbula? ”.

In this conversation that lasts almost three hours, Arturo did not hesitate to talk extensively of the relationship he had with the actress in 2011 when both coincided in the play “Perfume de Gardenias”.

However, one of the most relevant things he said and which drew powerfully attention is that he acted as a father figure for the two children that “La Chule” – as Aracely is fondly said – had with Luis Miguel.

“The children (and I) had a very nice bond … we lived together. I dare to say that I became the father of those children at that time ”, assured Arturo, 45 years old. As if that were not enough and contrary to what Aracely has tried to do all this time, to keep everything that has to do with Luis Miguel in total discretion, Carmona confessed that Arámbula several years ago promoted coexistence between his children and “El Sol ”.

However, the actor revealed that for that to happen, she had to stay at the singer’s house, something that for him represented a lack of respect: “I applauded that she pretended and caused the father to see his children, what I did not understand is that she went and stayed right there. What I did at that time, without having airplanes, I went to where my daughter was and stayed in a hotel. You have to respect yourself. I started to get tired and aside I kept hiding, ‘What am I doing here?’ There came a time when I got tired and she understood it very well and today we talked about it and she tells me that she would have liked to turn back time“, he told about it.

Arturo, who is also the father of Melenie, who he had with the singer Alicia Villarreal, explained that not only did the complex relationship that Aracely had with Luis Miguel bothered him, but that she tried to hide their relationship: “I was very tired of many things. The funny thing is that the whole family (of her) was with me, I was offended, I also hid, I thought: ‘I’m not so lying on the cot that you are hiding me’ “.