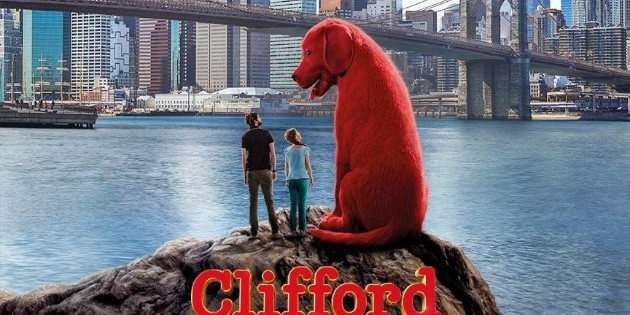 “Clifford, the big red dog”: Film seeks to send a message to society

In the American culture there are several writers who with their children’s books have managed to pass to posterity, such as Norman Bridwell, creator of the huge dog “Clifford”, character that inspired Paramount Pictures to bring your adventures to the big screen.

Titled “Clifford: The Big Red Dog,” a name from one of Bridwell’s books, published in the 1960s, how could “Clifford” appeal to the kids of 2021, used to having technology in their hands?

For its protagonists Jack Whitehall and Darby Camp, the answer is in the message of inclusion, tolerance, empathy and respect for the different and different, which makes a lot of sense in today’s world, especially in the United States, with movements like Black Live Matters or #MeToo.

“Bridwell created two sets of books: in one, Clifford changes from eight feet tall to 10 feet. We had to make the character a certain height, which would be between those numbers at 10 feet because he couldn’t get into a house or anywhere. somewhere else. You can imagine having your dog the same size and red. That’s an enduring element, “Whitehall said.

What is the movie “Clifford the Big Red Dog” about?

The film follows high school student “Emily Elizabeth” (Darby Camp), who discovers a little red puppy, but as her love for “Clifford” grows, so does the size of the animal.

When your pup quickly outshines his apartment in New York City, the ten-foot-tall dog begins to attract everyone’s attention in the Big Apple.

“Clifford is about acceptance. In the book the family always loved him but in the movie we played him a little differently: there are from those who adore him and there are others who treat him as a freak. Those people are the ones who have to adapt to it. “said Jack.

For the young actress Darby, the importance of this film lies in making children aware of diversity and tolerance: “Big red things don’t have to be scary,” she said.

When is the movie “Clifford the Big Red Dog” released?

The “Clifford” movie will hit theaters in Mexico on December 9.