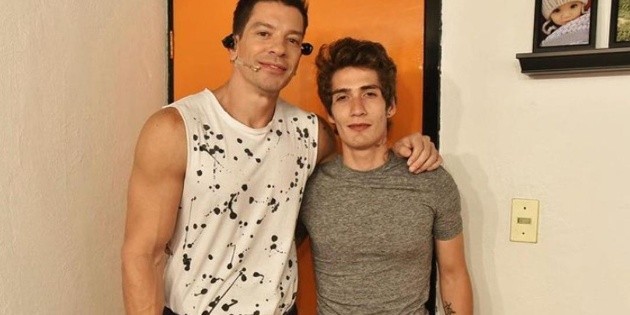 Yahir: Son of the singer reveals who he made his video with for OnlyFans and introduces his boyfriend

Tristan Othon, son of the singer Yahir, revealed that she has an adult video on OnlyFans with her boyfriend, sparking a scandal on social media. About, his dad said a few words.

Tristán, who declared himself a bisexual person, revealed in “Chisme no like“That her boyfriend is called Axel Martínez, known as Axxl Mart, an Argentine singer who also participated in the reality show La Academia and admitted that he will not give up drugs, as he uses them recreationally.


About this announcement and after the uproar on social networks, Tristán asked his father to “accept him as he is.” Yahir, for his part, said on the “Today” program that he doesn’t mind at all.

“That is bisexual, the truth, it doesn’t bother me at all, what is the question of how he exposes himself, that he has no filters, that he lets go with everything and asks me to be his accomplice in the addiction issue, I cannot support him in that, “said Yahir .

Tristán and Yahir have not maintained communication since October 31, according to the 23-year-old.

“It can’t be me, I can’t create content that I like, that interests me, because there are comments, I hate, I do everything wrong because I am Yahir’s son and should be like him. It’s too much pressure. Yes, I have lived under a lot of pressure and it is not a justification, it is not an excuse but it is cannon ”said Tristán.

Yahir, for his part, clarified that if Tristán wants to be with him and receive his full support, he has to start working: “Being with me requires effort, being with me requires discipline (…) He has all my love, all my support and always has. Right now definitely with all this, the only thing I see is that Tristán needs to work, he has never had a job, ”Yahir confessed in the morning.