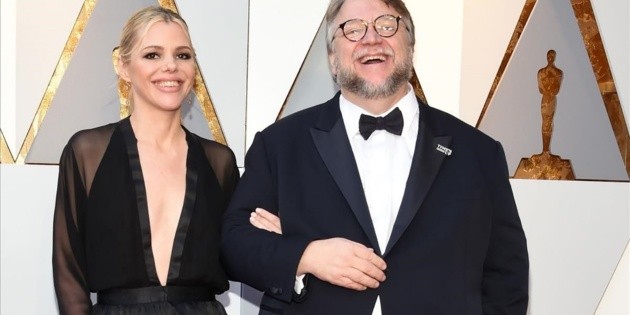 Guillermo del Toro became a trend on the internet yesterday after it became known that he had married the screenwriter and film historian: Kim Morgan, with whom he had a relationship since 2018 and with whom he also shares credit as a screenwriter in his most recent film: Nightmare Alley, which is only a few weeks away from being released.

It was the account of Variety on Twitter the one who first shared the news, explaining that During the last LACMA’s Art gala, the Oscar winner introduced Kim to his friends and colleagues in the field as his wife. The publication also points out that del Toro would have married Kim Morgan in May of this year in a small and intimate ceremony.

Nightmare Alley, the film in which they both worked inseparably, marks the return of Guillermo del Toro as director after winning four Academy Awards in 2018 for the film The Shape Of Water at a ceremony he attended accompanied by Kim, later dedicating one of the awards to him in his speech of appreciation. The new film will hit theaters on December 3 with a multi-star cast that includes Bradley Cooper, Cate Blanchet, Willem Dafoe, Rooney Mara y Ron Perlman.

The news adds to the memories of this year’s Lacma’s Art gala, along with the uncomfortable moment in which Lauren Sanchez, Jeff Bezos’s girlfriend, met Leonardo DiCaprio without being able to hide her fascination for the actor who presided over this edition, in the one who paid tribute to the filmmaker Steven Spielberg and American painters Amy Sherald y Kehinde Wiley.