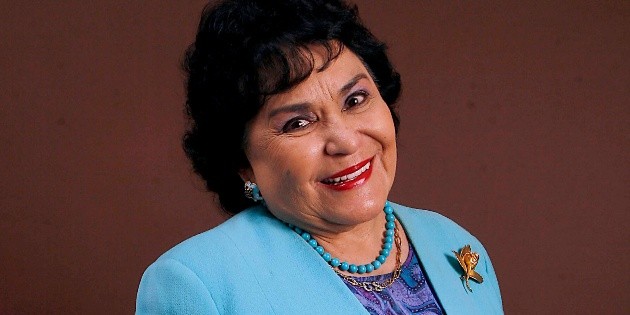 Family of Carmen Salinas, expectant of her health; they ask to pray for her

María Eugenia and Carmelita, daughter and granddaughter of Carmen Salinas, respectively, got involved this afternoon with Pati Chapoy’s “Ventaneando” program to talk about the actress’s health, highlighting that they are waiting for the neurologist to talk to them later, for the moment the medical part remains the same. The comedian has a stroke and is in a coma.

They also said that for now no visits –She is in intensive care– and they asked people who know her to pray for her. Prior to these statements, “Ventaneando” and the other media interviewed Gustavo Briones, Carmen’s nephew, who said that the actress was fine until last night when he returned from the recordings of “My fortune is loving you.”

That in fact at home they were having dinner and commenting on the scenes of the soap opera, then he left because he had to wake up early for the recordings, she went to bathe and later her service maids found her fainted. His granddaughter Carmen also reiterated that at the moment Salinas’ organs work by themselves, however she has a respirator.

The media are still crowded outside the hospital where the actress is.