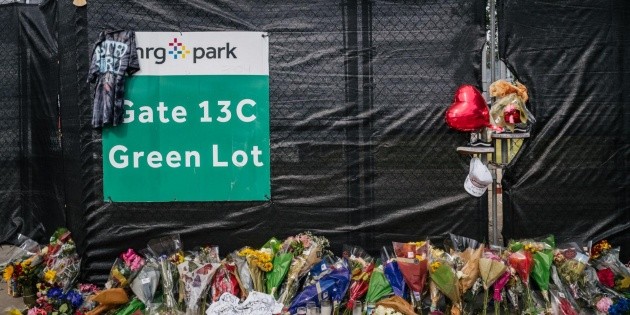 Astroworld: Death toll from US music festival has risen to 9

A 22-year-old student caught in the crowd in the festival musical Astroworld, in Texas, succumbed to her injuries, her relatives announced Thursday, becoming the ninth fatality of the concert.

Bharti Shahani She was hospitalized for almost a week in a hospital in the metropolitan area of ​​Texas, in the United States.

“I just want to meet my baby,” her mother pleaded through tears in front of reporters.

Bharti Shahani attended the concert of the American rapper Travis Scott, where after a terrible human avalanche another eight people were killed and hundreds injured.

“One person fell, and the others continued like dominoes,” Mohit Bellani, cousin of the young woman who died on Thursday, told local television ABC13, whom he accompanied to the event.

“There were bodies stackedWe struggle to surface and breathe to stay alive, “he said.

One person fell, and the others followed like dominoes

A 9-year-old boy, Ezra Blount, is between life and death.

Dozens of complaints have already been filed against the organizers of this deadly concert.

The main defendant is rapper Travis Scott, central organizer of the festival and present on stage at the time of the tragedy.