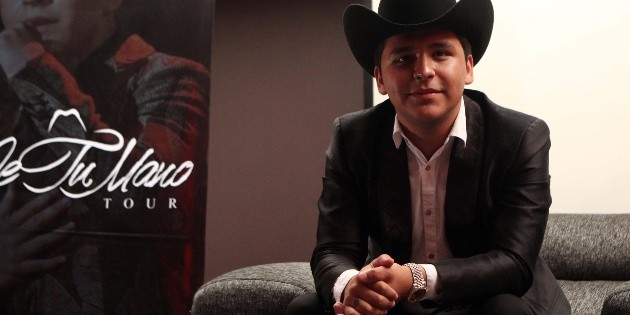 He denies being banned: “There is Christian Nodal for a while”

In recent weeks, singer Christian Nodal has faced a battle with Universal Music; It even transpired that the record company had it vetoed, that is, the image of the singer, his songs and videos could not be disclosed, distributed, commercialized, exploited and / or sold.

It was also said that if someone decided to evade this warning, it would merit a fine amounting to three million pesos.

Faced with this situation, the singer decided today to do a live on his Instagram profile where he clarified that he is not vetoed thanks to the fact that he requested with a judge a legal figure equal to the amparo and thereby prevent their songs from being vetoed.

In this video he is heard saying: “My people, I wanted to do this live because something bastard is happening and I wanted to clarify things because many of my fans are very concerned about everything that has been said about me, about my career, these last days, of the veto that Universal is putting me on ”.

To which he added: “It is impossible that they are committing this type of slavery to artists with record labels by force. I have a resolution from a federal judge ordering that all measures be denied. There is no such veto, it is false ”.

“I have a role, I have the order of the judge that orders that everything that Universal is requesting not be made possible, which was to veto me from everywhere. I do not have any current contract with them, I did not want to sign with them and they are doing all this the wrong way. Just like they do to me, they want to do it to thousands of artists. This has happened to many more artists ”, said the interpreter in his transmission.

The singer Belinda’s boyfriend took the opportunity to invite his followers to do not be carried away by the rumors that circulate about him, and he said confident that nothing can stop his career: “Don’t worry, there is Christian Nodal for a while, they won’t be able to stop my music or anything that has to do with my career, expect new music very soon, expect many surprises and hope for the best. I love you very much, God bless you, I would be very grateful if you could help me spread this message because many people are still thinking that what has been said in the media is a reality, “he added.

“This is the reality: I have a role where they tell me ‘Look, Christian, you can keep working, you can keep doing whatever you want,'” he added.

He clarified that the record company launched the campaign of the supposed veto in retaliation because the singer no longer wanted to renew a record contract: “Really, since I did not want to sign the new contract, they are putting all this circus of the media and social networks against me and I does an injustice. I have made my five years of career clean, working very hard ”, he concluded.