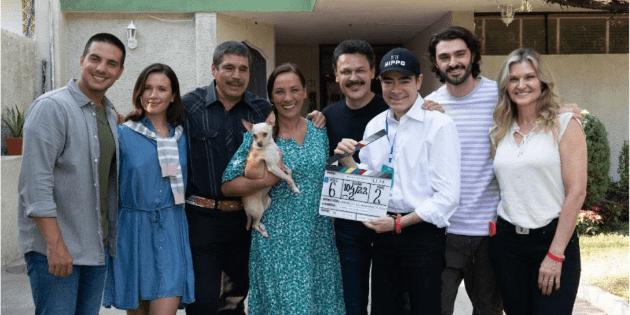 The most popular music in Mexico, the mariachi, the emblem of Jalisco, will be honored in a series already developed by HBO Max, which precisely bears the name of “Mariachis”, an original Mexican project where music and traditions play very important roles.

The narrative of the series, which has just started filming, promotes the resignification of family relationships with a very local touch, full of fusions between drama and comedy, tradition and contemporaneity.

Inspired by the Mexican golden cinema that saw the birth of authentic Latin American idols such as Pedro Infante, Jorge Negrete, María Félix, Pedro Armendáriz, Dolores del Rio and Javier Solís, “Mariachis” is a Dramatic comedy with a contemporary and fresh look where it is reflected on the way in which Mexican traditions are kept alive from the promotion of music as a therapeutic method.

“With this new production, we reiterate our commitment to continue creating stories that truly embrace audiences in the region. ‘Mariachis’ leans on the culture and the most endearing traditions of the Mexican people and it offers a dramedy that we believe will entertain and excite, not only Mexicans, but everyone in Latin America. ” comments Marcelo Tamburri, Head of Scripted Content Development for WarnerMedia Latin America.

“Mariachis”, produced by WarnerMedia Latin America in conjunction with Hippo, addresses universal themes such as family and the importance of culture in a country where values ​​and customs are still indispensable for the idiosyncrasies of people.