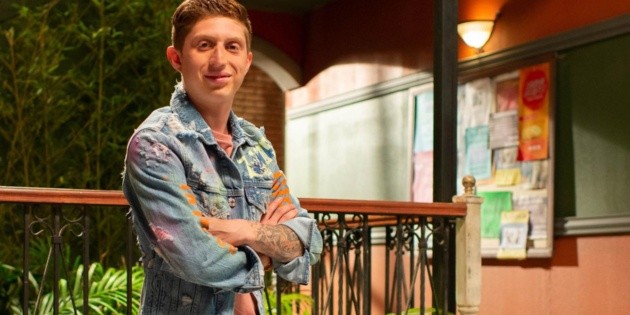 Octavio Ocaña: They filter video of the actor from Necinos using a firearm

It’s been almost a week since the death of Octavio Ocaña for an accidental shot with a firearm that, according to the Edomex Prosecutor’s Office, he himself carried. Following this announcement, the father of the actor from “Neighbors”Denied that his son had a gun, however, days later He acknowledged that the gun was from the actor. Now, a video has been leaked on social networks where the interpreter of “Benito Rivers” is seen to detonate a firearm.

In the video, which caused outrage from Ocaña fans, you can see how the actor manipulates and shoots into the air with a firearm.

After leaking this and other videos, the communicator Gustavo Adolfo Infante, exploded against those who share it because they want to damage the image of the actor.

“I am very outraged by the video of Ocaña, and more so if it was the police; I find it scary, because that means that, by any means, they want to hit this boy in the tower“He said in” Firsthand. “

How did Octavio Ocaña die?

The Attorney General’s Office of the State of Mexico (FGJEM) revealed this Sunday the cause and manner in which the actor Octavio Ocaña allegedly died, according to the expert opinions made.

Ocaña died after receiving a bullet impact in the head and it was he himself who “presumably activated the firearm that he carried in his right hand”, when his truck crashed while fleeing from Cuautitlán Izcalli police who were pursuing him, they concluded reports made by the FGJEM, which also determined that The 22-year-old was driving drunk and had signs of marijuana use.

In a statement, the Mexican Prosecutor’s Office reported tonight that the Public Ministry conducted interviews with the two men who were traveling with the actor, particularly those who were in the passenger seat, who said “that they had been consuming intoxicating drinks” and when they were driving. Through the streets of Cuautitlán Izcalli, municipal police stopped them, however, Ocaña decided to accelerate the march of the truck to avoid being arrested.

This caused a persecution that extended to the Chamapa-Lechería highway. The copilot and friend of the actor, stated that at one point during this persecution Ocaña “took a firearm out of the glove compartment of the truck, which wielded in the right hand, while driving with the left and kept on the run. “