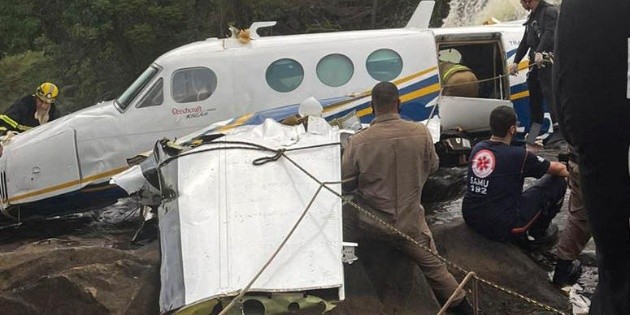 Marília Mendonça, one of the most recognized singers and composers on the Brazilian music scene, died this Friday in a plane crash when the plane in which he was traveling for a concert in the state of Minas Gerais, Brazil crashed.

The Minas Gerais Fire Department reported in a note that the popular 26-year-old singer died after the impact of the twin-engine plane in which she was transported with four other people, who also died.

The device, model Beech Aircraft, in which the five occupants were traveling, crashed around 3.30 p.m. local time (6.30 p.m. GMT) in a mountainous region of Caratinga, in the interior of the state of Minas Gerais, where Mendonça was going to offer a concert tonight. .

this is the reality my people! hahahah
Tell me here in the most delicious comments of this wonderful state that is Minas Gerais! pic.twitter.com/cGBx2kJrzR


According to images released on social networks, the plane, which had the papers to fly up to date – according to the Brazilian authorities – crashed near a waterfall, in an area difficult for rescue teams to access.

The artist’s press office informed local media that Mendonça, an uncle of his, and an advisor, as well as the pilot and copilot of the aircraft were traveling on the flight.

“The Minas Gerais Military Fire Department confirms that the (accident) aircraft was carrying the singer Marília Mendonça and that she is among the fatal victims,” ​​the institution said in a statement.

The artist’s advice later confirmed the deaths of the other four occupants.

Who was Marília Mendonça?

Mendonçaen had become in recent years a musical reference in Brazil, especially of country music, one of the most popular styles of the South American giant.

Marília Mendonça, born in the municipality of Cristianópolis, in the state of Goiás (center), he started composing when he was just 12 years old.


His career began to emerge in 2015 and in 2019 he won a Latin Grammy in the category of Best Sertaneja Music Album for his work “Todos os Cantos”.