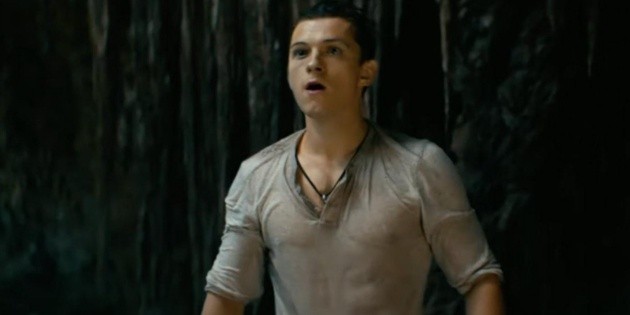 Tom Holland It shines again but not because of “SpiderMan“But for the movie”Uncharted”, Which this Thursday revealed the impressive official trailer.

According to Sony Pictures, “Uncharted: Off the Map” is based on one of the most critically acclaimed video game series of all time.

What is “Uncharted” about?

The action adventure film brings “Nathan Drake” (Tom Holland) on his first adventure in the treasure hunt with his partner “Victor Sullivan” (Mark Wahlberg), who go in search of the treasure never found, since ” Nathan ”finds clues to his lost brother.

“Uncharted” will hit theaters in February 2022.

Filming of “Uncharted” resumed in July 2020 but production had to re-record some scenes, after being interrupted by the COVID-19 pandemic.

The actor is accompanied by Antonio Banderas, Tati Gabrielle and Sophia Taylor Ali under the direction of Ruben Fleischer (“Venom” y “Zombieland”).