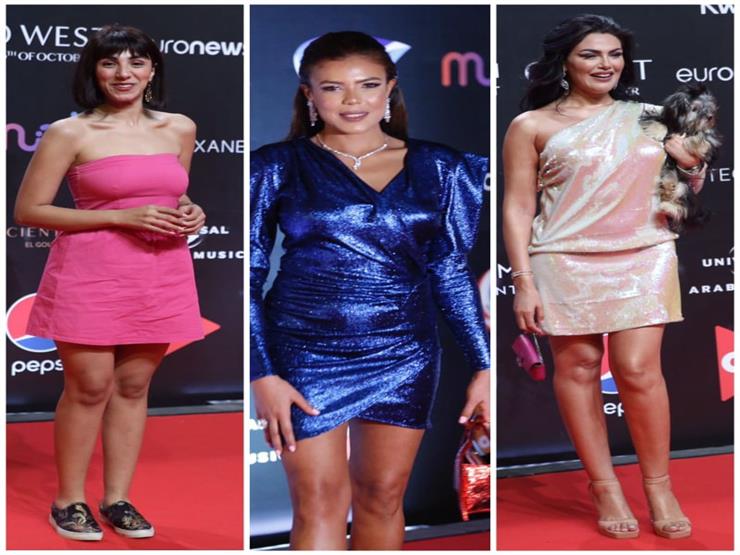 4 stars in tight, bold dresses on the seventh day of the El Gouna Festival

Written by Nour Jamal
Alaa Ahmed’s photo
Female artists are usually keen to appear in the most beautiful and elegant dresses during the activities of the El Gouna Film Festival, but some of them appear in bold dresses, whether long or short, to reveal their strength and grace.
In this report, we review the boldest looks of the artists who wore tight dresses, during the seventh day of the El Gouna Film Festival in its fifth session.

Aya Abdel Razek, Miss Egypt Universe for 2019, appeared in a long yellow and green dress with an open back, and coordinated with her look a golden shoe, and from an aesthetic point of view, she adopted a soft make-up, and left her curly hair loose.

The artist, Darren, wore a short dress in golden color, and coordinated with it shoes in the same color, and adopted a soft make-up, and left her curly hair loose, and her dog named “Fandy” appeared with her.

The artist, Abeer, appeared in an orange dress of shiny fabric with golden threads, with a “One Shoulder” cry and a long side leg opening, with a thin belt at the waist and a flower decorated on one of the shoulders.

On the red carpet, stars and stars shine with diverse, elegant, attractive or even exciting and strange looks, and they usually catch the eye and become the subject of controversy and talk of the pioneers of social networking sites.
The fifth edition of the festival will continue this year until October 22, with the participation of filmmakers from about 36 countries.